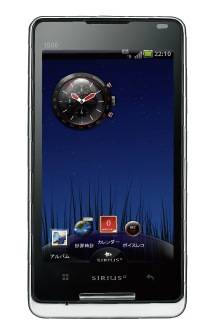 Japan has already taunted us with the Sharp IS03; now carrier KDDI is flaunting a further three Android smartphones that look reasonably tempting.  Toshiba, Sharp and Pantech are behind the new devices – the REGZA IS04, IS05 and SIRIUSα IS06 respectively – running Android and all toting 1-Seg digital TV tuners.

The Toshiba REGZA IS04 has a 4-inch 854 x 480 touchscreen, 1GHz Snapdragon processor, 12.19-megapixel camera and is waterproof.  It also has WiFi, Bluetooth and high-speed 3G data, together with a microSD card slot.  It’ll land in Japan in January 2010, the only drawback being its Android 2.1 OS.