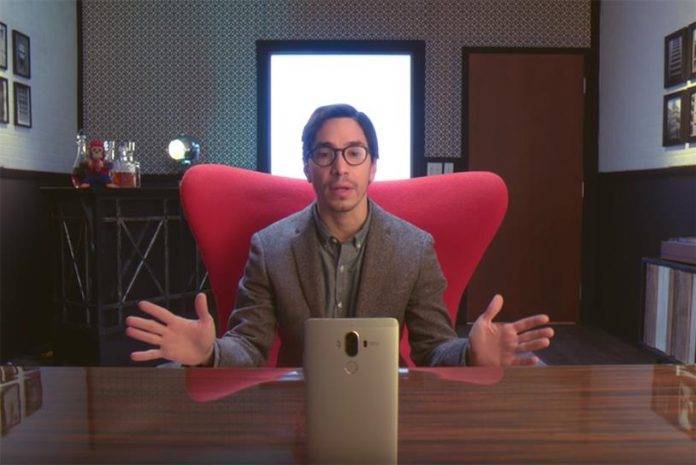 He may have been known as the star in the “I’m a Mac” ads for Apple back in 2009, but now it looks like Hollywood actor Justin Long has moved on, and to a rival company at that. Huawei released the first in what seems to be like a series of ads for its new flagship, the Mate 9, and it stars the actor, who’s also famous for other things like Jeepers Creepers, Life Free or Die Hard. But now, he’s “applying” for a job with the smartphone and banking on his previous connection without actually saying the word Mac or Apple.

The first ad in the campaign is a 60-seconder entitled “The Interview”. It shows Long applying for a job as a director for the brand’s new commercial. The catch is that the interviewer is actually the Huawei Mate 9 itself and it only answers through images and emojis. He enumerates his qualifications in order to be chosen as the director for the ad. “I have a ton of experience in tech,” he states, which may be the closest thing he did to mention his previous Apple involvement.

WPP’s Blast Radius, who is the creative agency behind the campaign, admits that Long’s previous association with the I’m a Mac ads was one of the reasons why they chose him to be the face of the ads. Huawei has actually not made it a secret that they want to compete directly with Apple, at least in the smartphone segment. They’re one of those Chinese brands that has started making headway in the US where Apple is still king (for now).

Let’s see if having Justin Long as the face of the Huawei campaign will make any impact on the business side of things. Four more videos will be released on the company’s social channels throughout the fall.