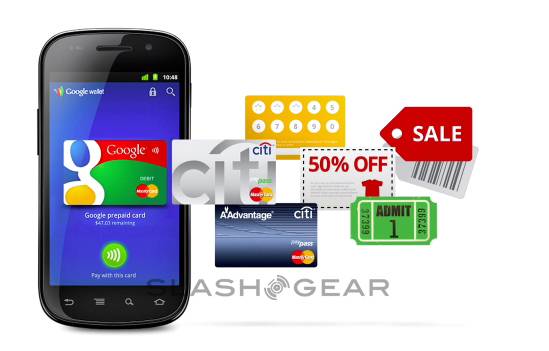 Do you have Near Field Communication (NFC) built into your device? Probably not. But that doesn’t really matter, because the future of smartphones has NFC well under its wing. At the moment, you’ll find that very few devices (such as the Nexus S and Galaxy Nexus) are NFC compatible, thus making Google Wallet still relatively new to the public. Despite its unpopularity, Juniper research predicts NFC payments will hit $74 billion by the time 2015 rolls around.

First there were cash/checks as the ideal form of payment, then that moved to debit/credit cards – so it’s almost natural to understand something new is already on the horizon. Google Wallet already works very well, despite a few previously patched security flaws. Currently, only those with Citi credit cards can use the application, but more will be confirmed by Google in time.

But the only thing that’s hold back NFC are the manufacturers and carriers alike. It’s easy to implement, economically manageable, and take a rocket scientist to know how to use it. As soon as more carriers push for credit card companies to take advantage of the system, and manufacturers include NFC capabilities into every new device, its use is going to catch on very quickly.