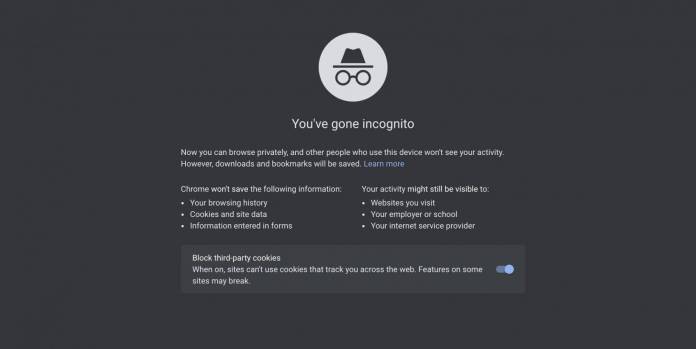 It looks like Google has to face the music in a class action suit brought against them after a judge denied the Alphabet Inc’s request to have the case thrown out. The class action alleges that Google misleads their customers who chose to turn on Incognito mode in Chrome as their data and personal information are still accessed by other Google properties. The judge agrees with the plaintiffs that Google does not warn users that they are still engaged in data collection even when in private mode.

In response to the case brought against them, Google asked the judge to throw it out as they claim that they have given enough fine print warning to users about the Incognito mode. But U.S District Judge Lucy Koh in San Jose, California denied this request and said the company has to face the class action lawsuit against them.“The court concludes that Google did not notify users that Google engages in the alleged data collection while the user is in private browsing mode,” she wrote in her ruling.

Bloomberg reports that the lawsuit was filed by three Google users saying that the company is a “pervasive data tracking business” that still collect your web activity data even if you use the Incognito private browsing mode. They say that even if you follow some data privacy protection things, Google still knows things like who your friends are, your favorite color and food, and at worst, the most intimate and potentially embarrassing things” that you may browse even when you’re Incognito.

Google said they will “defend ourselves vigorously” and that users consented to its privacy policy that “explicitly” talks about its data collection practices. They clarified that Incognito in Chrome doesn’t mean you’re invisible to the Internet. it means your activity is not saved to your browser or device but they state that websites might be able to collect information about you in every session.

Previously, people didn’t usually pay much attention to privacy policies but lately, we’ve become more cautious and careful about things like these. Companies like Google, Apple, and Facebook are facing close scrutiny and several lawsuits about their privacy and competition policies. Let’s wait for the next step in this particular suit against Google.