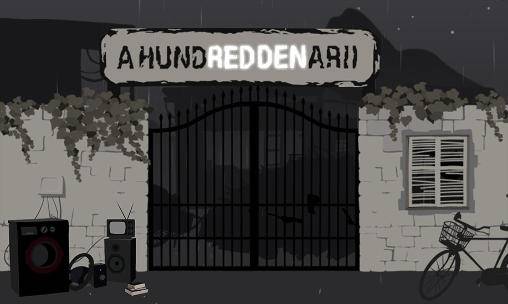 Do you know that scene in Toy Story when the toys were reminiscing about when they were still useful and important? Well replace the toys with deadly weapons, and you have the premise of Redden, a new game you can play on Android devices. What starts out as a night time story turns into a bloody history lesson as you go back in time and control the weapons and help them meet their targets, whether it be an animal or a human being, or entire armies.

The reminiscing weapons fly through the air, and you as the controller, have the responsibility to avoid the obstacles along the way, by moving it up and down the screen, and helping it reach its eventual target. You can either control it through touch or by tilting the screen, whichever you’re more comfortable with. There are over 33 various fields and historical times, from ancient times to the Middle Ages to the more modern wars.

While the game uses minimalist black and white images, with the weapons being red obviously, the game gets pretty gruesome at times. You start out with birds and creatures, but eventually graduate to humans, and how they die at your hand, or the weapon’s hand to be exact, can be extremely violent. But if you’re not averse to that kind of thing, there are actually pretty neat and beautiful illustrations to be found within the game, even though it is sometimes tainted with blood.

Redden is available to download from the Google Play Store for just $2.44. The good news is that there aren’t any ads or in-app purchases (for now) so that one-time fee is all-in.