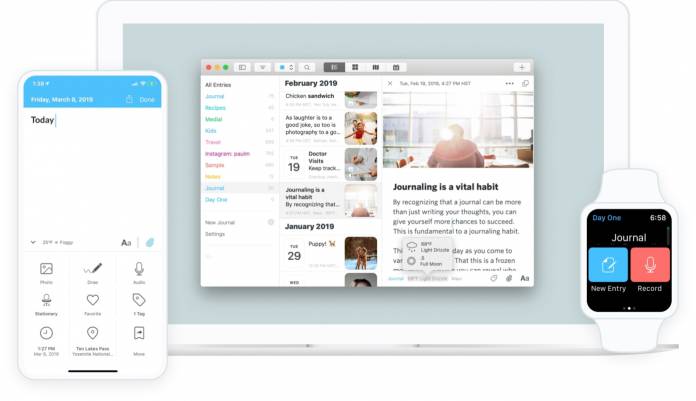 Digital journaling is a small but passionate market and one of the most popular players there the past few years is Day One. It has won awards particularly in the Apple universe, including App Store Editor’s Choice, App of the Year and the Apple Design Award. Big news has come from Paul Mayne, the founder and CEO of the app. They have been acquired by Automattic which has been acquiring several online writing platforms. It’s the owner of WordPress.com and Tumblr so it would be interesting to see what this could mean for Day One.

Mayne shares in a blog post that joining Automattic will ensure the “preservation and longevity” of the popular personal journaling app. It will give users the same benefits that WordPress, Tumblr, and other properties by the company enjoy, specifically when it comes to security, technology, and financial as well. Unlike other acquisitions that see the big company absorbing the smaller one, Mayne says he will remain the head of Day One.

The details of the deal have not been disclosed so we don’t know how much Automattic had to spend. But given that Day One is an award-winning and really popular app, it must have been pretty substantial. There are no details yet as to what changes will happen eventually so things will probably status quo in the first few months. Users will probably be able to choose to publish some of their entries in the more public WordPress and Tumblr while bloggers may be able to save select entries for posterity to Day One.

Day One has a lot of great things for its users like end-to-end encryption, automatic back-ups, automatic import of Instagram posts, voice transcriptions, rich text formatting, etc. It also has optional printed books for those who want to turn digital into physical. There are also integrations to other apps like Spotify, YouTube, Facebook, Twitter, etc. It would be interesting to see what improvements Automattic can bring.

For now, there are no plans to change Day One’s privacy focus but eventually we’ll probably see integrations with other Automattic apps. Hopefully, users will see this new movement for the company as something for the betterment of their app.