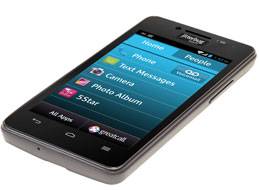 Children aren’t the only ones getting special attention from the industry these days. Even those who are at the prime of their life and beyond need devices that are tailor fitted to address not only their needs, but also their habits and capacities. Enter Jitterbug Touch 2, the next iteration of the easy to use smartphone made by GreatCall, who specializes in products for aging consumers.

Jitterbug Touch 2 is designed for older people who are interested in transitioning to a smartphone. As such, the device offers no frills features and hardware. It has a full 4″ color touch screen, 512 MB of RAM, 4 GB of storage, a 5 megapixel rear camera, a 0.3 megapixel front-facing camera, and a battery that can last up to 13 days on standby. Weighing at just 0.3 pounds, the phone is definitely built for less powerful hands. But hardware is only part of the story, and a lesser one at that.

GreatCall has made some customizations on top of Android 4.0 Ice Cream Sandwich to make it easier and simpler to use. Icons are replaced by text labels when necessary, and confusing terms or words have been replaced by more popular ones. The Jitterbug Touch 2 also includes software made specifically for elderly users, such as the 5Star Urgent Response app that turns the phone into a medical alert device, MedCoach app that reminds users of medication and vitamin schedules, and Urgent Care that gets users in touch with physicians or nurses. 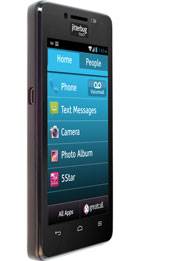 Since the target audience of the Jitterbug Touch 2 isn’t one that gobbles up data like younger smartphone users, it didn’t make sense to offer high-bandwidth plans with equally high-prices. As such, the phone is offered with a data plan starting at $2.49 a month. The Jitterbug Touch 2 is also available for $139.99 with no contract and no cancellation fees.