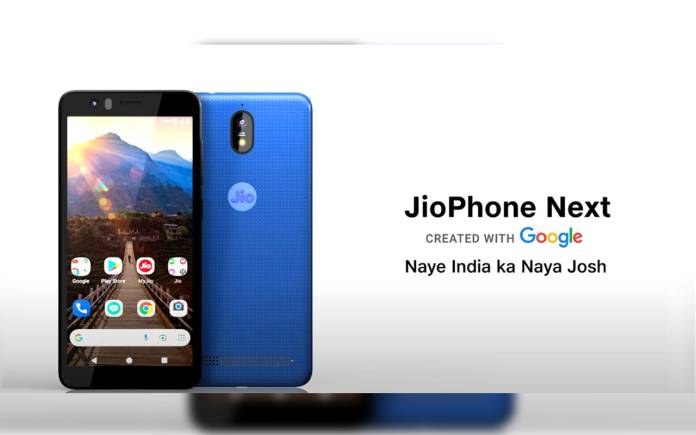 Jio has recently released a video on YouTube titled “Making of JioPhone Next,” highlighting the idea of providing Indians with an affordable handset to explore the benefits of the internet and a plethora of applications. This also is an official announcement of the much-awaited JioPhone Next designed in collaboration with Google, which is projected as an affordable handset made in India for the Indians!

Reportedly, the 4G-enabled phone will land in time for Diwali on November 4 powered by a customized Pragati operating system (Pragati stands for progress), which is powered by Android. With the video, the specifications of the new Jio phone have also surfaced – it’s a basic phone made affordable for a larger market reach.

Backed by the features of a 4G phone, the JioPhone Next will cater to the budget and low income segment of the population in the country. Designed in partnership with Google, the highlight of the phone is the Android-based Pragati OS.

The phone was initially thought to arrive sometime in September with Android Go operating system. But the phone is delayed due to global chip shortage, which has now pushed back the release to around Diwali festivity.

The JioPhone Next designed to run customized Pragati OS would likely feature Qualcomm Snapdragon 215 SoC under the hood paired with 2GB memory and 16GB storage. It will likely run with 2,500mAh battery and feature a 5.5-inch HD+ display with 720 x 1,440 pixels resolution.

The most elating aspect about the JioPhone Next – with single front and back camera – is the price. The phone could launch between ₹3,000- ₹3,500. For the optics, it will feature single shooters for selfies and on the rear. On the back, there will be a 13MP camera with Portrait and Night Mode capabilities.

The JioPhone Next will come preinstalled with Jio and Google apps and will use a tool for instant language translation. For connectivity, it will support dual SIM, 3.5mm headphone jack, Wi-Fi and Bluetooth.