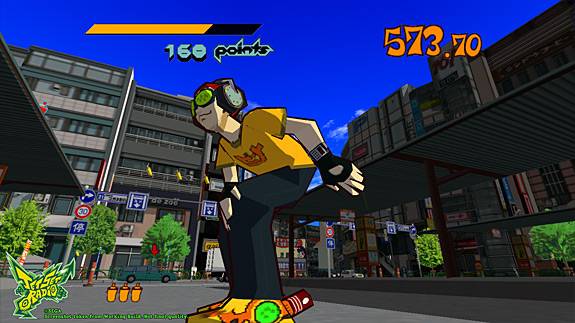 Earlier this year, Sega announced that an HD remake of its classic Dreamcast game Jet Set Radio was in the works for Xbox 360, PS3, PC, and PS Vita. As if that weren’t already enough platforms, Sega revealed today that the HD port will also be coming to Android. Sadly, we still don’t have a release date for Jet Set Radio HD, so the knowledge that it’s coming to Android will have to be good enough for now.

Though we’re a bit concerned that Jet Set Radio HD will be a little difficult to control on a touchscreen, we’re excited nonetheless. Sega says that the mobile version of Jet Set Radio HD allows you to make in-game graffiti out of the pictures you take with the camera on your device, so the Android version will be getting some functionality that other versions lack.

The Dreamcast, as many of you are already aware, is held in high regard by many gamers out there, and when talking about their favorite Dreamcast titles, gamers usually place Jet Set Radio near the top of the list. A lot of us have some pretty fond memories with our Dreamcasts and copies of Jet Set Radio (known as Jet Grind Radio in North America), so if Sega can deliver with this HD remake, we’re all in for a treat. Look for Jet Set Radio HD on an Android device near you later this summer.