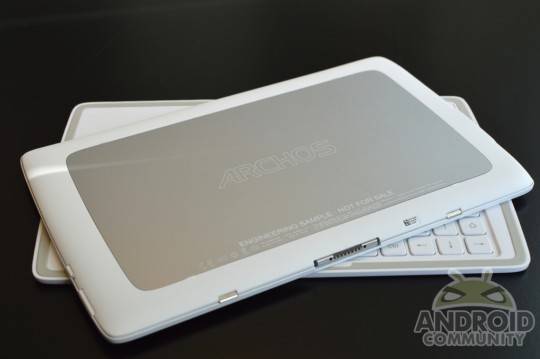 If you happen to own a Archos 101 XS tablet, then today is a good day. That’s because Archos has started rolling out updates to Android 4.1.1 to 101 XS users, so it shouldn’t be too much longer before you have Jelly Bean running on your tablet. No, it isn’t Android 4.2, but considering that this tablet has only been around for a few months, this is pretty great news.

Of course, this also means you get all of the benefits of Jelly Bean over Ice Cream Sandwich, which are plentiful. With this firmware release, Archos has also made an update to the Archos Video Player. Video information retrieval and media indexing have been simplified with this release, with Archos also implementing a new network shares infrastructure.

Moving forward, Archos says that “Archos Video, Music, File Manager, System Monitor applications (embedded in the firmware)” updates will be occurring through the Google Play Store. Other than Jelly Bean, the new features for the Archos video player, and the news about future firmware updates, there’s nothing more to see with this update. You’ll have plenty to do with Jelly Bean though, so we doubt users will mind the fact that there aren’t many additional features with this update.

When we reviewed the 101 XS back in August, we found that it was a pretty generic budget tablet but still a step in the right direction for Archos. This update to Jelly Bean makes the deal even sweeter, so if you’re looking for a wallet-friendly tablet that isn’t completely out of date, the XS 101 might be worthy of some attention. Have you already received your Jelly Bean update, or are you still waiting for it to arrive?