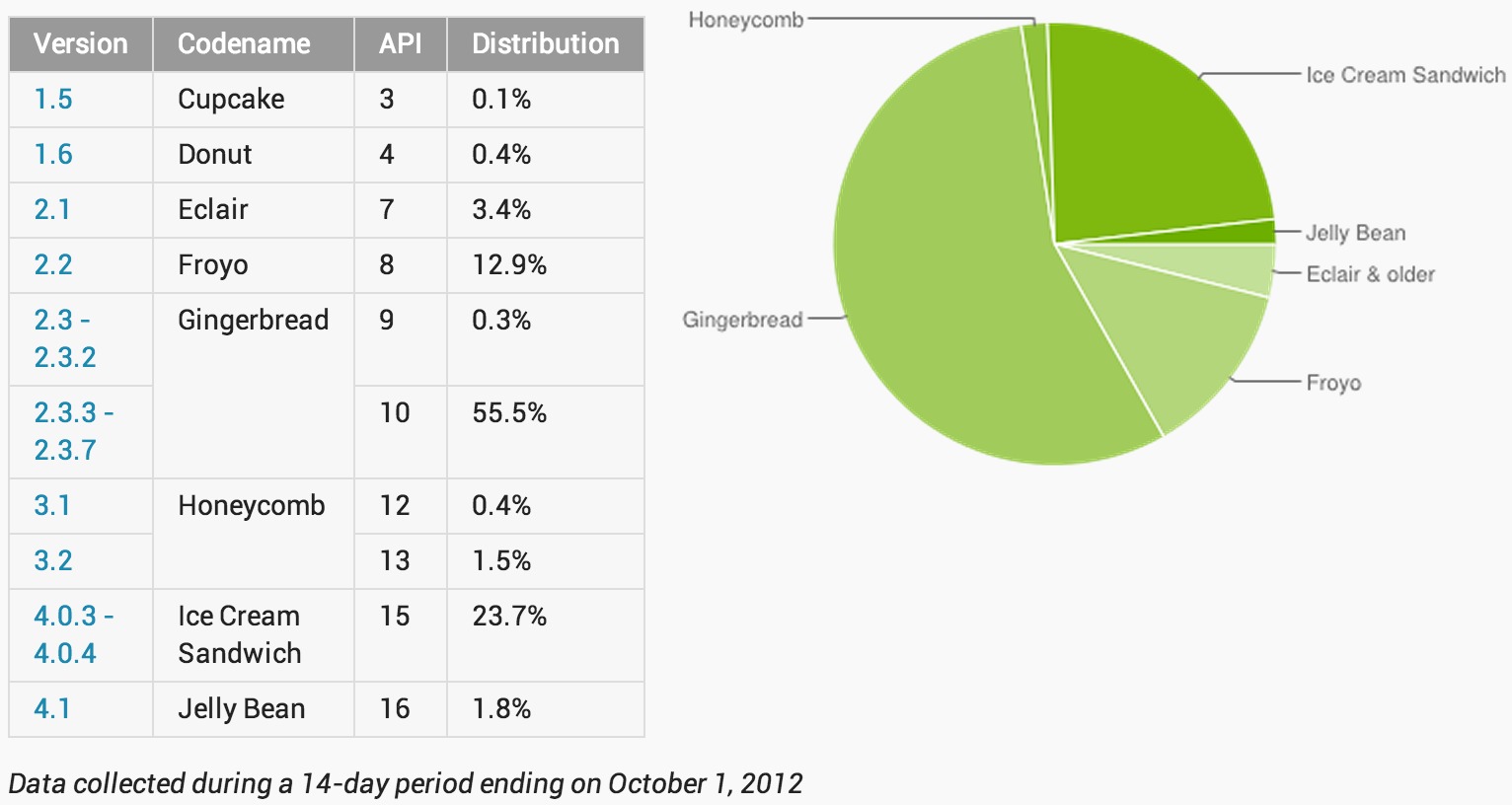 The Android distribution reports are available and it looks like Jelly Bean and Ice Cream Sandwich installs are slowly on the rise. In fact, between the two, they now make up just over 25% of all Android installs. Of course, 23.7 percent of this comes from Ice Cream Sandwich, so Jelly Bean is still taking up a very small percentage of the market at just 1.8%.

The king is still Gingerbread, with an impressive 55.8% of the market. It is down from 57.5% last month, so it seems like more users are moving forward with the new versions of the operating system. The low number of Jelly Bean users is quite surprising, but at least it means that almost three-quarters of all users are on one of the three most recent versions.

There are still some users out there running the old versions. In fact, 12.9% of users are still running Froyo on their devices. Hopefully, we see a continued trend of users moving towards the newer versions of Android.

This data is collected based on Android devices that accessed its Google Play marketplace during a 14-day period ended October 1. Numbers are always interesting, and it is good to see that more devices are updating to the newer versions.