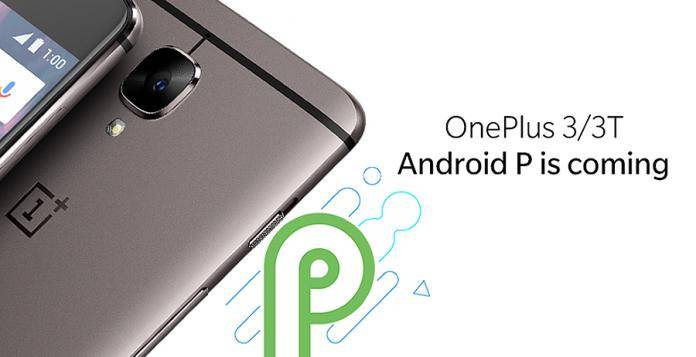 Owners of the OnePlus flagships can be reasonably secure in the fact that they will be getting – at the very least – an Android version update to Android P (peppermint, popsicle, pancake, or whatever it will be called). That is, if you own the new OnePlus 6 or last year’s vintages, the OnePlus 5 and 5T. But if you own either a OnePlus 3 or OnePlus 3T, things are a bit more vague, or at least, they were. Until today.

OnePlus has just announced officially that the OnePlus 3 and 3T – flagship phones from over 2 years ago – will be getting the Android P release. The China-based gadget manufacturer made an announcement over their official user forum that they will indeed be bringing the upcoming Android version to the OnePlus 3/3T. “The Android P update will be available on the OnePlus 6, OnePlus 5/T and OnePlus 3/3T,” said the post.

So that means OnePlus 3 and OnePlus 3T users can breathe a little easier now, if you were sweating this particular question. But you might start getting yourself ready for the fact that this might be the last big update your phone might get from OnePlus. At the very least, you’ll still be current for a year after you get this update.

As to when you’ll actually receive the update is another question. OnePlus said in its post that the OnePlus 3 and 3T will get Android P after the OnePlus 6 and the OnePlus 5/5T are already done getting their updates. So optimistically, we’re looking at the middle of 2019, if ever.