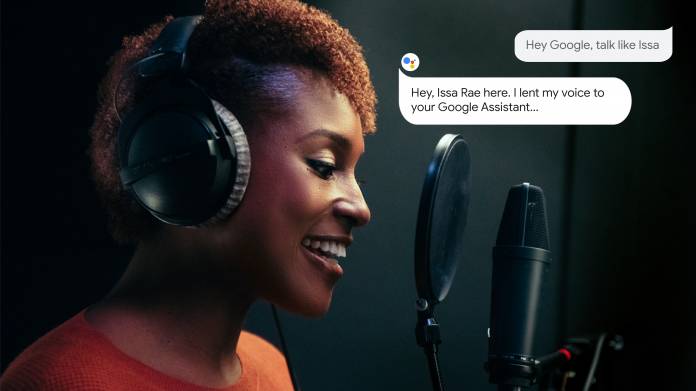 Celebrity cameo voices on various apps are some of our favorite things. So when John Legend became a Google Assistant voice option, we knew it was only a matter of time before they would add more. And now we have our answer as to who’s next: actress, writer, producer, and all-around funny girl Issa Rae. If you’re a fan of her stand-up comedy and her various projects, then you’ll be happy to know you can hear her on your Google Assistant-powered devices.

For those who don’t know who Issa Rae is, she’s an American multi-hyphenate: writer, director, producer, web series creator, and Golden Globe and Emmy nominated actress. She’s best known for her popular YouTube web series Awkward Black Girl and her acclaimed HBO series Insecure which she created, co-wrote and starred in. So if you like her speaking style and her brand of humor, then you can choose her as your Google Assistant celebrity voice cameo.

She will be able to answer some of your questions, talk to you about weather conditions, tell some of her jokes, and even give you some motivational quotes. Just say “Hey Google, talk like Issa” or go to your Assistant settings and under Assistant Voice, switch to her voice. For other things not covered by her voice, your default Assistant voice will still be the one that you’ll hear.

Google has released some behind the scene videos and a peek into Issa’s life on the set of her recording on the Google Instagram channel. They also said there will be some fun Easter eggs probably on their social media accounts or maybe on your Google app itself.

Issa’s voice on Google Assistant will be available in English and in the U.S. only. You will be able to use it on any device that is supported by Google Assistant including smartphones, tablets, smart speakers, and smart displays.