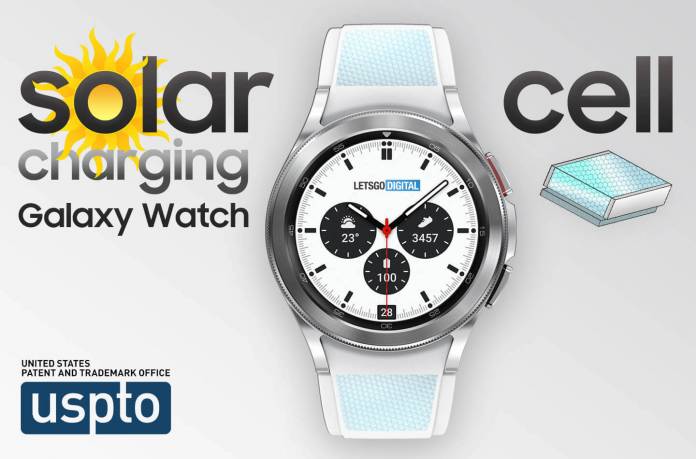 While there have been very slight improvements over the years, the battery life of smartwatches still leave much to be desired. Because of its small form, it’s understandable that battery life is not as great as with other mobile devices. It looks like Samsung may have found one way to prolong your smartwatch’s juice, at least on paper. A patent filed a couple of years ago shows a solar charging strap so it can be continuously charging while you’re wearing and using it.

Let’s Go Digital reports that Samsung submitted a patent that will try to solve the problem of their smartwatch’s battery life. Basically it’s a solar watch band that will charge your wearable through solar energy. This means that as long as you’re exposed to some sort of solar power, your smartwatch will be continuously charging and you should not run out of battery. The main issue that users have now is you have to charge your device almost every day or every other day at least which is of course not that convenient.

The patent was filed with the United States Patent and Trademark Office last 2019 and is called ‘Electronic device comprising solar cells of multiple types’. They added more documentation earlier this year and just recently, the 22-page patent was published. There are two solar batteries on the watch strap on either side of the watch case. This way sunlight or even fluorescent light can be collected more efficiently and so you’ll never run out of battery.

The question of course is whether we’ll see this solar charging strap on the next Galaxy Watch which is most likely the Galaxy Watch 5 that will be released next year. The fact that they have added more information earlier this year means it’s still under development so we may not see this anytime soon or at least for next year’s smartwatch. Since it’s a patent filing, we’re also not guaranteed that this is something we’ll actually see in the market.

The Galaxy Watch 4 has only been recently released so we’ll probably not get any news about next year’s smartwatch anytime soon. Having a solar-powered accessory for a wearable would be a game changer for the industry so hopefully we do see something soon.