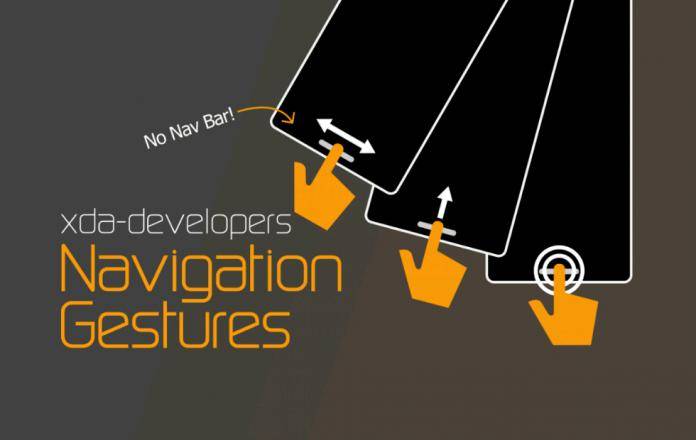 We don’t have a lot of things we like from Apple’s iPhone X (ten), because frankly, we like our Android devices better (Ha!). But we realize some of you might be looking rather longingly over at your friend who owns that iPhone X, particularly at the gesture navigations. What do we mean? Well, Apple designed the iPhone X to have a completely new navigation system via gestures – like swipes and taps and swipe-and-holds. But you forget, this is Android we’re talking about, and you can have that on your device if you want it bad enough.

The people over at XDA realized that some of you might want that newfangled gesture navigation system on your phone. Alright, we know it might become available on the upcoming Android P, but what about having it now? For that, we have XDA’s Navigation Gestures app – which does exactly what it says about itself in the app’s name.

According to XDA, “the app brings customizable gesture control to any Android device for those users who are looking to get into gesture navigation or are looking for an alternative to existing options. Unlike other, similar apps on the Play Store, though, our app can do something that no other app can: completely hide the stock software navigation bar, lending to a truly full-screen experience which is especially nice on phones with tall displays.”

First up, you need to install the Navigation Gestures app on your device. The requirement seems to be that you run Android Lollipop or better, so there’s a good chance you can run this app.

In fact, XDA says their app might be the only one out there that hides your phone’s navigation app through normal toggles. This is done through an API access that can only be granted while plugged in to a PC. So NOTE: you will have to be plugged in to a PC to install this app. But don’t worry, there’s a video walkthrough for that.

Once installed, you will have to first toggle off your current navigation bar to hide it. Then you will have a gesture bar to replace it – kind of what the iPhone X has. The pill on the bar is customizable – you can edit pill width, pill height, and pill vertical position.

Here is the full list of available gestures in the initial release:

These commands can be pointed to these specific actions:

You can pay for the premium in-app purchase, to get these additional actions:

XDA notes that their media actions might not be compatible with all media apps, but that they use standard Android media playback control APIs, so most apps should accept them.

If you try the app and don’t like it, please DO NOT simply uninstall the app UNLESS you have turned off the navigation gestures toggle to bring back the stock navigation bar! Unfortunately if you uninstall the app without doing this, you may be unable to navigate your phone!