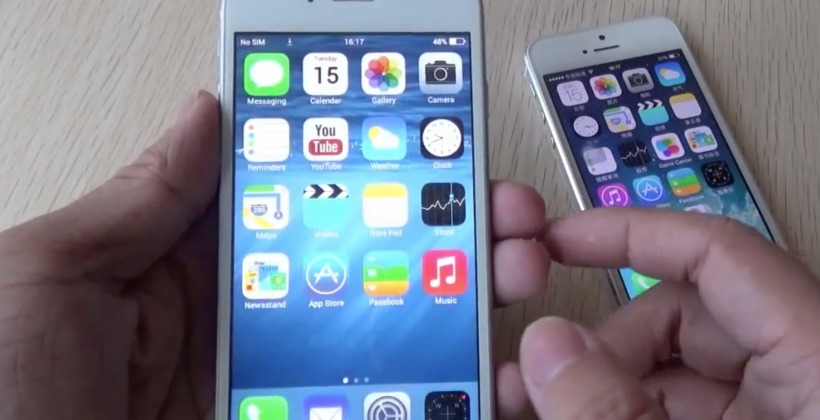 As the world waits with bated breath (some more than others) over the actual official details and release of the rumoured iPhone 6, expect that the market will be flooded with clones even before the launch. Some “enterprising genius” in China has released a video with a demo of what is obviously not the real deal, but still entertaining enough to catch the world’s attention (most probably iPhone fans who are too impatient for actual news).

A Chinese tech blog has released the video, with background music weirdly set to The Carpenters’ Top of The World. It “shows off” what at first glance may look like an actual iPhone. But look closely and you’ll see that the cut and pasted Apple logo and a bulging camera proves that this is just one clone trying to pass itself off as the new iPhone 6. They probably based it on early schematics of the iPhone 6 that have been leaked, but even that is still not reliable at this time.

The video shows the device is called Wico i6 and that it boasts of a 4.7-inch screen with a 960×1704 resolution. Going inside, the settings says it has a quad-core processor, 32GB of memory, and a 2GB of RAM. It looks like it used a modded version of Android KitKat to make it look like an iPhone. This is the first to show a working screen video of an iPhone 6, so even if it will be far from what we expect Apple to produce, at least we get a glimpse of what it could be.

The Chinese market is notorious for producing these knock-offs before and even after the launch. So expect even more demo videos to come out, but just remember to keep a cynical eye out for them, and just wait for the official one from Apple itself.