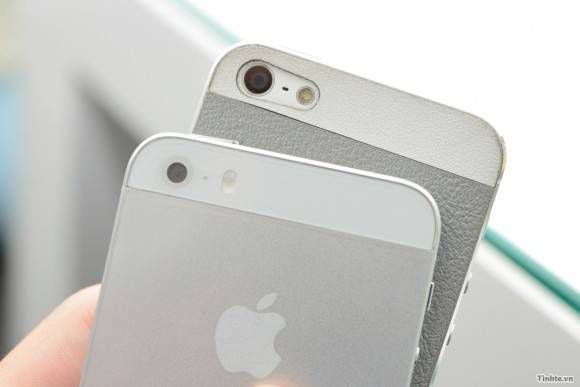 A potential release date for the iPhone 5S surfaced over the weekend and while we are going to need the official word from Apple for confirmation, it looks like it may be time to talk a bit about what may be arriving with the next-generation iPhone. There has been talk of both an iPhone 5S and also a lower-priced iPhone 5C.

For the purpose of the iPhone 5S though, much of the talk has centered around an upgraded processor and an improved camera experience. There has also been some talk of the handset arriving with a fingerprint sensor. The fingerprint sensor rumors began when Apple purchased AutheTec, a biometric security firm and coming more recently there was also evidence of the scanner found in a beta release of iOS 7.

That brings the next point, while there seems to be some back and forth from iPhone users in terms of the look of iOS 7 — that may be the most dramatic change many users notice. The iPhone 5S is expected to retain the same display size and also the same form factor as the current model iPhone 5. Of course, that goes to previous history in which Apple releases a new iPhone one year and follows it the next year with an incremental update the following year.

Touching back on those improvements, there has been talk of an improved display. The catch here, the resolution isn’t expected to be any higher, but instead more general improvements such as to contrast and viewing angles. The processor is expected to see some improvements as well as the GPU. The RAM is expected to remain the same at 1GB, which many Android fans will likely laugh at considering many Android handsets have shifted to 2GB at this point.

The camera could arrive as a higher resolution, possible as high as 13-megapixel however the camera related improvements seem to be surfacing around the flash. Leaks have pointed towards a dual-flash setup. All that being said, it is looking like this will be another incremental update for the iPhone. Or in other words, it doesn’t look like a year that Android fans will feel any pressure to make the switch to iOS.