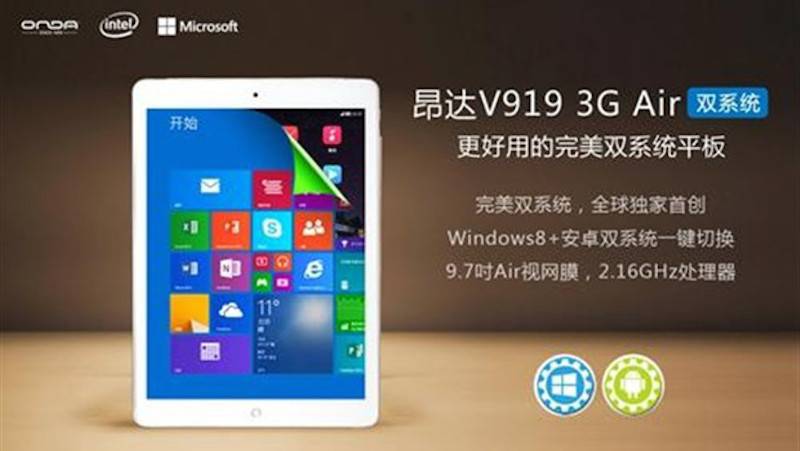 I’m not really a fan of clones because I feel they are violating copyright and infringes on many legal things. But then again, seeing popular gadgets being cloned is interesting because most of them can be funny. Apple gadget look-a-likes running Android are nothing new so this Android-powered iPad Air clone is not really surprising. The iPad Air is still pricey but the design is one of the best in tablets today ( not that Apple’s design has really changed over the years). If you dig the iPad Air but is a hardcore Android fan, you can get this alternative from China for only $193.

Officially called as the Onda V919 3G Air, this iPad Air-like tablet is not bad for a mobile device that is under $200. The basic model already boasts of 64GB built-in storage and 3G cellular data connectivity (sorry, no 4G LTE yet). It doesn’t only run Android 4.4 KitKat. It’s dual booting so you can switch between Android 4.4 and Windows 8.1. Of course, it won’t run iOS so don’t expect to hack the tablet and run iOS apps.