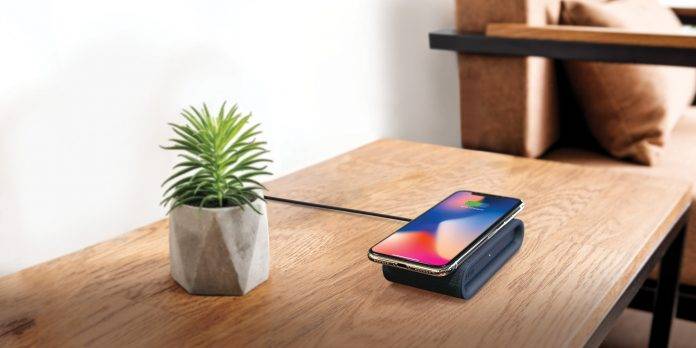 Wireless charging solutions are all the rage now as more high-end (and even some mid-tier) smartphones now support charging without cords. iOttie has now announced at the Consumer Electronics Show a whole new line up of devices that you can use at home to power up your various mobile devices. This includes a fast charging pad, stand, mini pad, and the iON Home Wireless Power Station which actually won an Innovation Award at CES this year. Most of these will actually be available in the first quarter of 2018.

The iON Home Wireless Power Station is the main attraction at their booth with its capability of supporting up to six devices and even two small appliances. It claims to be able to charge up tp 40% faster than the standard Qi wireless charging. A thin metal plate holds the phone in place while charging and it has a discrete cord management system, a holding tray for a secondary smartphone, and soft ambient night light in case you’re charging stuff overnight.

Other devices were also unveiled at CES. The iON Wireless Charging Pad also has heat reduction medication, a USB-A power port for an extra device, aside from the Qi fast charging capability. It also has five fabric finishes so you can choose which one matches your home officer or decor. The Fast Charging Mini Pad is a more compact charging solution while the Fast Charging Stand lets you still use or view your smartphone even while charging because it has a 65-degree tilt.