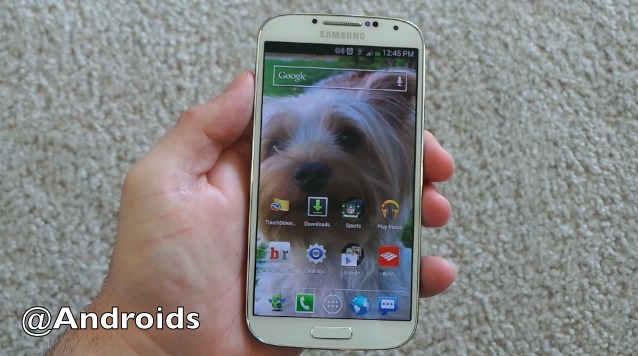 During the Apple keynote yesterday we saw a lot of interesting and exciting new things with iOS 7, many of which have been available on Android for some time, but we won’t get into that now. The most impressive new feature and UI aspect (for me) was this “liveliness” 3D wallpaper doing the parallax effect. Showing the background image move as you tilt the device. Thanks to an eagle-eyed reader we’ve learned this is nothing new for Android. Check out our hands-on below of what surely is my favorite new app.

This neat and snazzy little feature is called the parallax effect, and I didn’t even know we could enjoy such awesomeness on our Android smartphones and tablets. When you move the phone the background image appears as if it’s in 3D and will pan and tilt to your motion. Using the gyroscope in the smartphone, the feature is visually impressive to say the least.

It’s certainly neat, and something I was in awe of when Apple showed it off on screen. I instantly wanted it, and sure enough I now have it, well before any users are enjoying iOS 7. Thankfully here in the Android world we’ve had live wallpapers for a long, long time, and this feature isn’t anything new. After a reader tipped us off about an app called 3D Image Live Wallpaper. Check it out in action below.

The video is pretty self explanatory and will give you a good idea of what we’re working with here. The app basically makes your wallpaper feel like an immersive and lively 3D image. I’m a huge fan and wish I’d heard about this sooner. The app has been available since November of 2012, and we’ve found a few more while digging through the Play Store.

3D Image Live Wallpaper is available now at the link below for about $1.60 and will let you use multiple Android 4.2 images (that come with the app) or you can select any custom image of your choosing. This gives us that neat effect we saw from Apple and iOS yesterday, only you can have it right now.

Ahh. I love technology! Give it a try today and let us know what you think. Don’t forget to head into settings and increase all the effects for some real fun.