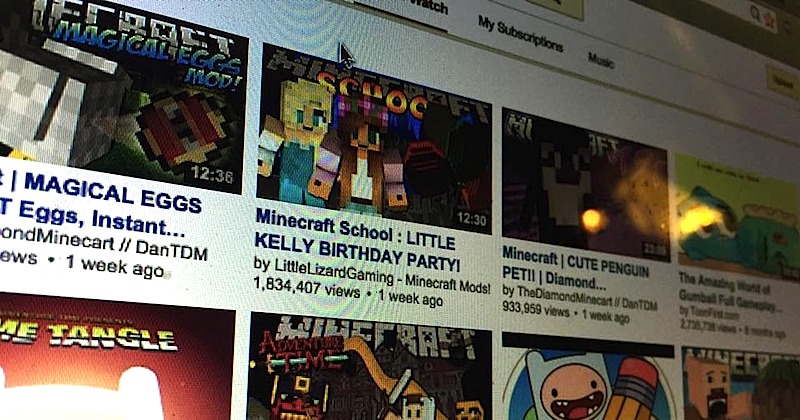 Admit it or not, YouTube is one convenient babysitter. It’s not just the tablet being used as an entertainer or sitter but the YouTube app particularly brings the entertainment to the kids who are already bored after playing dozens of games and apps. However, there is a problem of inappropriate videos, ads, and related videos showing up to entice the kids from clicking. I know because I’m a parent of a 5-year old who likes watching Minecraft, Star Wars, toy reviews, and cat videos. While I am grateful that the kid can be quiet for a few minutes (no, hours), I hate the ads that suddenly show. Good thing he knows how to press ‘Skip ads’ now.

In the United States, there is an issue about the new YouTube Kids app by Google. Consumer and child advocacy groups are reportedly about to ask the Federal Trade Commission to check on the app that is targeting toddlers with deceptive ads. The issue here is that the YouTube Kids app shows ads to the children. This means Google still wants to make money from the kids who just really want to watch Spongebob, The Little Einsteins, and more FunToyzCollector videos.

Center for Digital Democracy’s Director Jeff Chester said these companies are “trying to cash in on this generation of young children”. “It’s a battle for the hearts and minds and pocketbooks of America’s kids in the digital age,” Chester said further.

The YouTube Kids app may have the kids in mind but it shows commercials and uses practices that are banned in cable and broadcast TV. According to the consumer and children advocacy groups representative, “Google simply ignored the basics” and the “well-documented research on children’s developmental limitations when it comes to advertising and programming”.

A number of consumer and children’s rights groups are joining this fight against Google. Georgetown Law School’s Institute for Public Representation drafted the letter to send to FTC. Some of the groups include Consumer Watchdog, Campaign for a Commercial-Free Childhood, Children Now, and American Academy of Child and Adolescent Psychiatry.

Advertising and product placement on the YouTube Kids app is often inappropriate. At first, ads were accepted because Google said showing ads would soon make the app free for all.

In a statement, a YouTube spokesperson said, “When developing YouTube Kids we consulted with numerous partners and child advocacy and privacy groups. We are always open to feedback on ways to improve the app.” Ads must only be family-friendly to be mommy-and-daddy-approved. That should be expected but unfortunately, many of the ads shown are public service related announcements.

The group that wants the FTC to investigate on the kids app is asking Google to “pull all of its unboxing videos from the app” because they’re ads for toys and “There’s no disclosure of who actually owns those channels”. There’s nothing wrong about showing ads per se but Google must be careful with the kids as the audience because there are numerous regulations. The complaint specifically is about Google’s violation of Section 5 of the Federal Trade Commission Act that prohibits ‘unfair and deceptive marketing’.