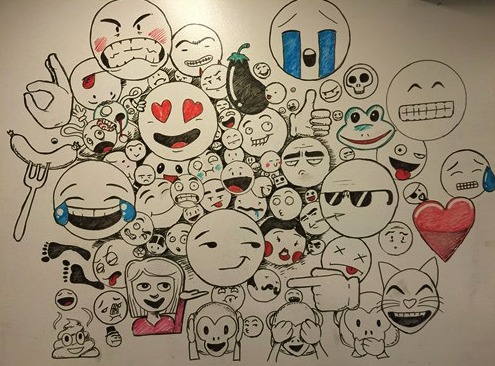 Emojis are fun to use. Instead of typing and running out of words to say, you can just choose an emoji to express your feelings. Grab any smartphone today and you’ll see a set of emojis on the keyboard. Even Google has picked up that they are widely used that devs added drawing of emojis on Android Wear.

Today, we learn that you can now log into your bank using emojis. Intelligent Environments has just introduced the first emoji-only passcode in the world: the Emoji Passcode. It’s easier to remember and is much more mathematically secure according to British technology firm. This sets a new revolution in passcode management because admit it or not, it can be a challenge to remember all the PINs and passwords you’ve set for all your accounts and profiles.

Using the Emoji Passcode compared to traditional passcodes is easier and simpler to use because you only need to remember what emoji icon or pattern you’ve set. Over at at Intelligent Environments, Manager Director David Webber said that using emojis to change passcode technology will be more than helpful. He shared, “Our research shows 64% of millennials regularly communicate only using emojis. So we decided to reinvent the passcode for a new generation by developing the world’s first emoji security technology.”

Logging into banks using only four emoji characters is possible with Intelligent Environments’ ‘Emoji Passcode’. Instead of numbers, symbols, and letters as password, you can set four emojis as the passcode. According to Intelligent Environments, there are “480 times more permutations using emojis over traditional four digit passcodes”. With the emoji code, it will be difficult to identify what character has been used as compared to numerical passcodes.

The emoji passcode can be a groundbreaking innovation in the banking industry with Intelligent Environments as its developer. This security technology is also expected to be more effective than ever because humans remember visuals better than words. Mind Map technique’s inventor and memory expert Tony Buzan said: “The Emoji Passcode plays to humans’ extraordinary ability to remember pictures, which is anchored in our evolutionary history. We remember more information when it’s in pictorial form, that’s why the Emoji Passcode is better than traditional PINs.”