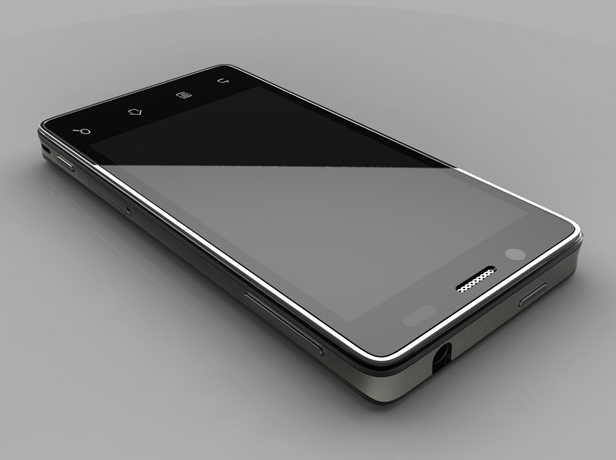 No, this amazingly sleek phone doesn’t exist – yet. It is a prototype that may never surface for the public’s use, but nevertheless it is sporting an Intel chip and Android OS. Finally, Intel intends to make a comeback in 2012 by incorporating their technology into both tablets and smartphones. Technology Review was able to test out both of the prototypes, and they state we should see them officially within the first half of 2012.

The chip’s are still contained within the “Atom” line but referenced as Medfield. But what does Medfield bring to the table? Apparently, they aren’t trying to beat their competitors with raw power – but with better battery life through lower power consumption. Oddly enough, it doesn’t seem to be dual-core.

From a first glance, or even a second – you would think you’re looking at an iPhone 4S. But Technology Review not only stated that it was lighter – but made of plastic and less metal or glass. I guarantee if a manufacturer released a device of those dimensions and styling, they wouldn’t make it out of the door without an Apple lawyer waiting to meet them. Of course, this design was purely made to attract manufacturers to using their SoC for their products – so they still have a chance to steer clear of a legal battle.