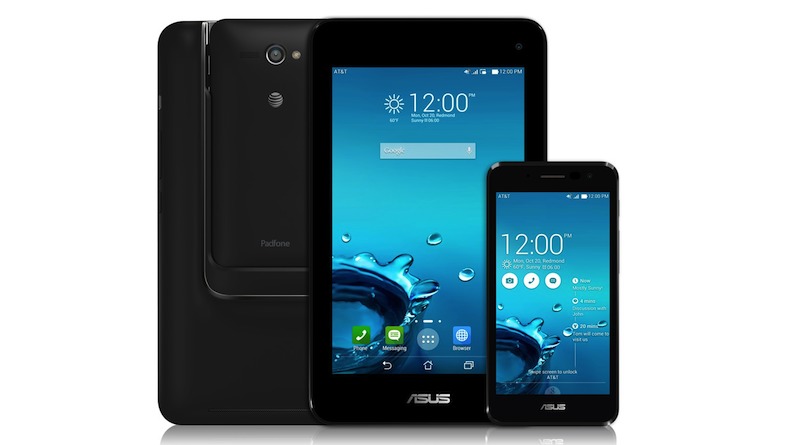 Three big names in the mobile industry are working together to bring the PadFone X mini in the United States. Intel and AT&T are helping Asus to release the new smartphone this coming October 24 in AT&T retail stores and some national retailers.

PadFone X is literally a phablet (phone-tablet). It’s a 4.5-inch smartphone that transforms into a 7-inch tablet when docked. The device boasts of an Intel XMM 7160 LTE modem, Intel Atom processor, as well as, Intel Hyper-Threading Technology that allows responsive web browsing and multitasking. This means you open four apps simultaneously without the phone slowing down.

Major features of this new Android phone include a 5 megapixel PixelMaster camera, the exclusive ASUS ZenUI, and ASUS DynamicDisplay technology. The DynamicDisplay allows the device to automatically resize the apps for different display sizes whether on phone or tablet mode. The ASUS ZenUI coms with the Do It Later and What’s Next features and perhaps the ASUS MyWater live wallpaper we featured recently.

The PadFone X mini also comes with a practical and stylish Side Flip Cover and TriCover. The protective cover is lined with microfiber while the exterior is a polyurethane outer cover that prevents dents, scratches, and scrapes. When phone is docked, it is charged automatically, yielding battery life up to 28.3 hours on tablet mode but only 15.8 hours when used as a smartphone. 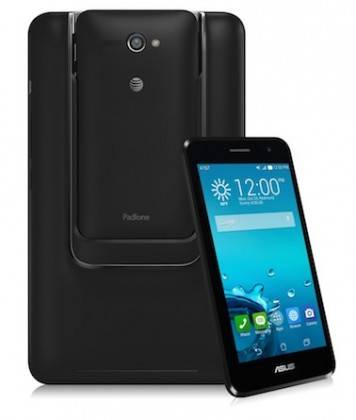 “The PadFone X mini is a powerful device with great features from ASUS and Intel – and all on the nation’s most reliable 4G LTE network. Offered at budget-friendly prices, consumers that want a quality device with no annual contract will be thrilled with the performance and value of the PadFone X mini.”

AT&T will release the smartphone next week with a $199.99 price tag on GoPhone– the branded prepaid service from the carrier. Phone is also available with a plan starting at $40/monthly with 500 minutes of voice calls and 500MB data.