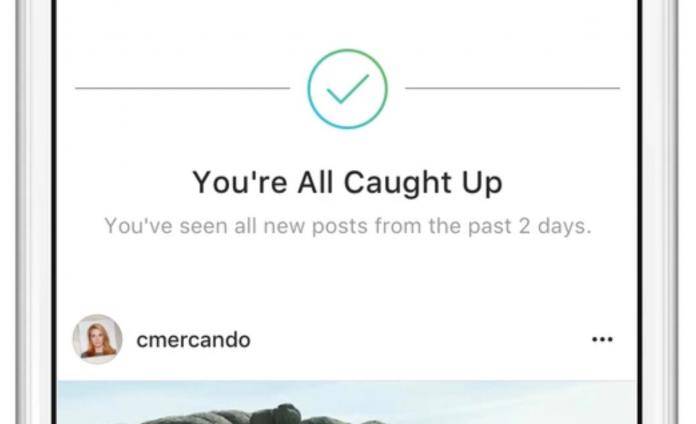 We’ve been living with Instagram’s algorithm-based newsfeed ever since it moved from the normal chronological one back in 2016. But two years later, it can still get confusing for some people. The photo and video sharing app has previously said they’re not going back to their previous life so most of us have already accepted this fact. As a way to help us manage this sometimes confusing algorithm, they’re bringing a new feature called “you’re all caught up”.

From the name itself, we can already see the basic function of this feature. When you see the words “You’re All Caught Up” on your timeline, it means you’ve already seen all the posts of the past two days from the accounts or hashtags that you follow. The posts under that message are posts that you may have already seen or those that are already older than two days. What we don’t know is the more nitty gritty details, like if algorithm still plays a role in that message or if it’s you’re literally caught up with all posts. If you follow a lot of accounts, it might take some time to see that message if it’s the latter.

If until now you’re confused with your Instagram feed, the current algorithm that we see is based on things like your interest based on past behavior (posts you liked, commented on, accounts you follow), how recently a post was shared (more timely posts over week-old posts), and your relationship with the account (commenting on their posts, being tagged together in posts), etc. While most would still prefer the chronological order, if you follow a lot of accounts, the algorithm actually helps sort of curate what you see on your feed.

The “You’re all caught up” feature is now available on your Instagram account. Just update to the latest version.