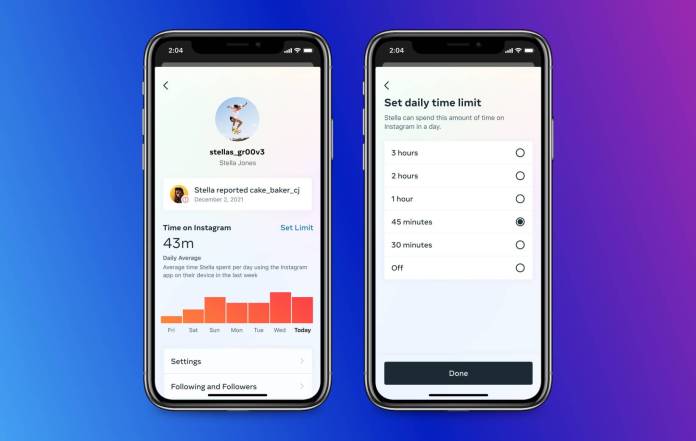 As Meta continues to be grilled by the Senate over their safety (or lack of) practices concerning teens on their platform, Instagram has now shared what are their future plans and what new tools they will be introducing. This includes letting parents and guardians become more involved in their teens’ Instagram life and launching a new educational hub for them. They also promised to become stricter over what the algorithm recommends to their young users and who can tag or mention them. The previously announced Take A Break feature is now rolling out to select countries.

When the app detects that a user has been scrolling continuously for a certain amount of time, they’ll get a notification suggestion to take a break from Instagram. There will also be expert-backed tips in case you’re not convinced you should. Teens will be encouraged to turn on reminders to Take A Break through notifications. The feature has started rolling out in the U.S, U.K, Ireland, Canada, New Zealand, and Australia. It will be available for everyone by next year.

By 2022, Instagram will also be launching tools to help parents and guardians understand and support their teens on the platform. They will be able to view how much time the teens spend using the app and also set limits to how much they can spend there, something that will probably not go over well with the kids. Teens will also soon have the option to send notifications to their parents if they reported someone so this can be an opportunity for them to talk about the issue.

Instagram will also be testing out a way to bulk delete photos and videos as well as previous likes and comments. The feature will be available for everyone but it will benefit teens who might eventually want to erase some parts of their past once they get older. This new experience will be available in January 2022. Instagram is also working on other ways to make it safer for teens. Previously, adults cannot DM teens who don’t follow them and soon, people will not be able to tag or mention teens that don’t follow them.

While these things may help protect teens to some degree, the Senate hearings regarding big tech will most likely continue. Whether or not Instagram and the other Facebook properties will eventually be fined or forced to make changes remains to be seen.