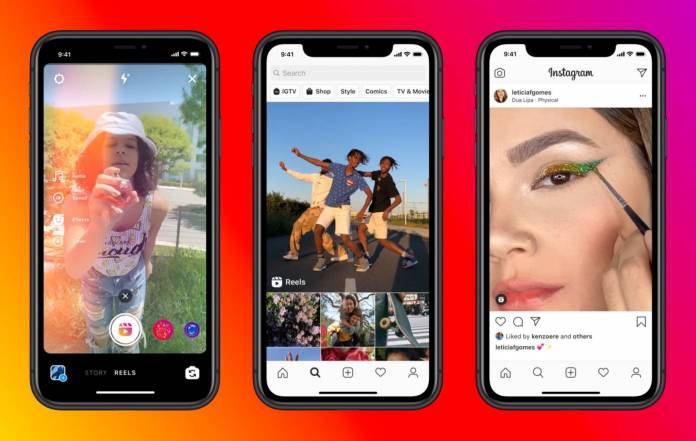 To the dismay of TikTok users in the country, India has decided to ban the popular app and other Chinese apps in the country over continuous privacy concerns. Enter Facebook-owned Instagram who is taking advantage of this unique opportunity to test out a new feature that they have rolled out to very few countries. Reels is basically a TikTok clone but built into the main Instagram app and so there’s no need to install another app. So if you live in India and you’re missing TikTok, they’re hoping you try out this one.

Reels lets users create and post 15-second videos that you can set to music or other audio effects. You can also use some editing tools similar to TikTok like a countdown timer, option to adjust video speed, and other features. The difference is that, in the beginning, since it’s in the Instagram app itself, you don’t get a scrollable feed if you just want to watch other Reels. Apparently, this is what other people wanted to do more than actually creating videos but Reels was only seen in Stories and you could see the ones from people you follow.

Instagram eventually updated the feature and created a dedicated space for Reels on a user’s Profile page, according to Tech Crunch. You will also be able to see Reels in the Explore section of the app if the account who created a video is a public account. So even if you don’t follow someone, you can see their Reels and discover new accounts to follow. This feature was launched in Brazil and eventually France and Germany.

Facebook has recently finalized deals with some of India’s largest labels to license music for videos and other “social experiences” in both the main app and Instagram. So this means as they test Reels in India, users will be able to use tracks like Bollywood tunes, devotional music, ghazals, indipop, and music from other Indian legends. And with the ban on TikTok, this is an opportunity for Instagram to pick up some of the more than 200 million users in the country.

Facebook also recently announced that they were shutting down Facebook’s standalone Tiktok clone Lasso. This means they may be focusing on Instagram’s Reels, the same way they focused on Stories to rival Snapchat. Look how that turned out.