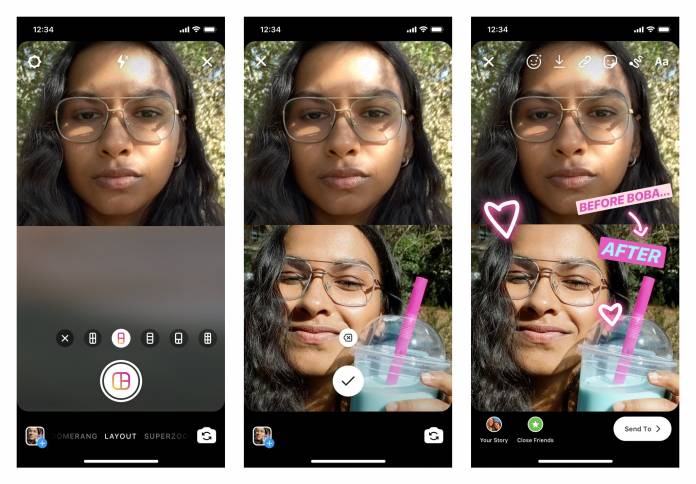 A lot of people who have been spending time on Instagram lately are actually not going through the main news feed. Users are actually spending more time on Instagram Stories and so the Facebook-owned app has been adding more features to it to make it even more appealing to users, even copying some of them from competitors. The latest new thing they’re introducing is to bring a Layout option to Stories so you can create your photo collages more easily.

If you’ve been using the stand-alone but Instagram connected Layout app, then you’ll be familiar with this collage-making feature. This time around, you’ll be able to make your collages on your Instagram stories. You’ll see Layout in between Boomerang and Superzoom in the Stories camera app. You’ll be able to choose from among different layouts starting with two pictures to as many as six pictures in the grid-based collage. Most of the layouts available are also available in the Layouts app.

Actually, there have already been some third-party story-editing apps that offered this feature. And in Instagram Stories itself, you could manually do it by copying a photo from a gallery and then pasting it in a text box. But now at least you don’t need other apps and you don’t need shortcuts as you can directly do it from the Stories camera itself. Bad news for publishers of those story-editing apps but good news for Instagram and users.

Instagram Stories has been on a roll lately especially with the addition of the Create mode where people could actually create fun content, not just with photos or videos or in addition to photos and videos. While some would say that a lot of these features are copied from Snapchat, TikTok, Tinder, etc, Stories users probably won’t mind as long as they get to have fun in using all of these things.

Strike a pose. And another pose. And then another. ?

With Layout, you can now capture and share multiple photos in your story — a new, creative way to express yourself. Check it out! pic.twitter.com/j02aYOjsoO

The Layout feature on Instagram Stories has already launched globally so check out the app and start playing around with it. Let’s see what other gimmicks Instagram will come out with later on. 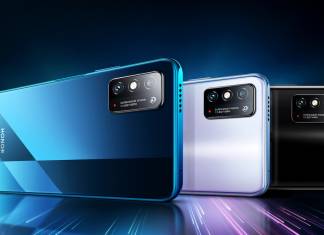