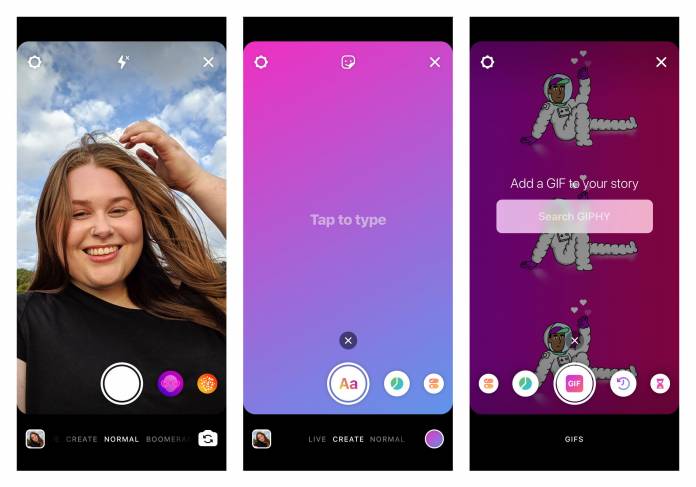 If you were a Snapchat user and you switched to Instagram, you won’t be so confused anymore. The latest update to the Story camera makes it feel even more like the former as you now get a Create mode so you will be able to play around with the various features even before you take a photo or a video. And for fans of dark mode, we also have good news for you. You can now officially use the option if your device is running on Android 10 and maybe even on other Android versions.

Let’s talk about the Camera mode on Stories first. Previously, you had to take a picture or video first before you can all of the other goodies there. But now you have a Create mode where you can add text, GIFs, countdowns, multiple-choice, polls, and “ask me a question”. It seems pretty similar to Snapchat’s camera mode and gives you even more options to create all kinds of content on Stories where a lot of people spend their time on Instagram anyway.

Even more interesting, they’ve added an “On This Day” feature that will let you randomly choose photos that you’ve posted previously on the same calendar date. Just tap on the pair of dice on top of the page and it will bring you to a previous post and even also a reminder of who you started following on this same day. You can then share it as an embedded post and people who you choose to see your Stories can see it.

We're rolling out a new camera design today — easier to browse effects, a dedicated create mode for stickers and more! Hope you'all like it… pic.twitter.com/NLpsTNGXDL

And of course, dark mode is the favorite and most requested feature and now Instagram is officially announcing it. Instagram head Adam Mosseri announced it on Twitter and said it’s available for devices running on Android 10. However, some users running on the lower version have also seen it automatically roll out to their apps so maybe we can expect another announcement later on.

In any case, update your Instagram app to the latest version so you can see these new things. Or if not, just wait for it to roll out to your app soon.