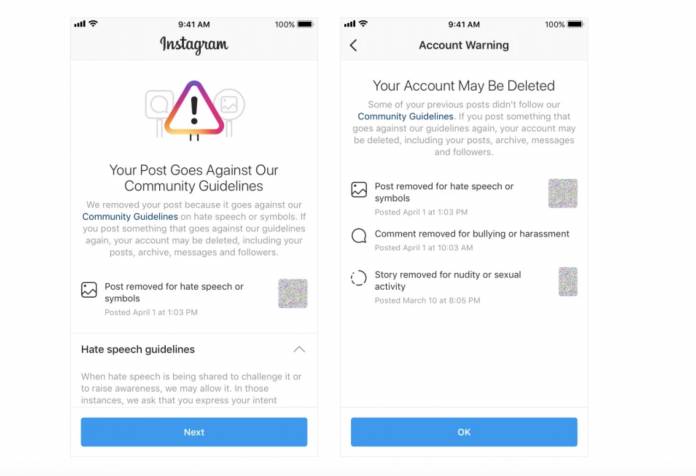 If you use Instagram “responsibly” this piece of news shouldn’t concern you. But if you’ve previously been flagged by the Facebook-owned company for one violation or another, then you better pay close attention. They have recently made some changes in their account disable policy, including removing accounts that have been flagged with a certain number of violations for a short period of time. This is part of the brand’s continued push to be more consistent and to “hold people accountable” for what they post on their platform.

Their current policy states that they will only disable those accounts that have a certain percentage of violating content. But now they’re expanding it to those who have been flagged repeatedly within a certain period of time. They will also now be sending notifications to those users whose accounts are at risk of being disabled. This would not only warn you if you’re unaware that you’ve been a constant violator and may soon be suspended.

And in case you think you’re being unfairly penalised, you can now more easily appeal the content that has been deleted. For now it’s only applicable for violations on nudity and pornography, bullying and harassment, hate speech, drug sales, and counter-terrorism policies, but Instagram says they will be expanding the appeals system to other categories later on. If it has been proven that there is an error, the post will be restored and the violation will be removed from the user’s record.

Social media platforms have come under fire for a lot of reasons lately, which includes pretty inconsistent policies when dealing with accounts that promote hate speech, online harassment, etc. Facebook, Instagram, Twitter, and YouTube each have had their own share of dramas these past years and have been accused of not doing enough to protect their users or not using context when it comes to suspending some accounts.

Instagram hopes that these changes will ensure that it is a platform that is supportive for everyone. Let’s see if there will be some external changes in the way they handle accounts and posts that have been disabled.