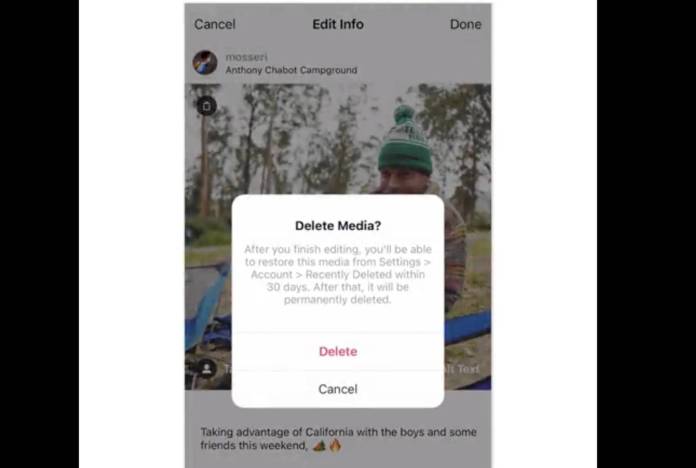 The latest update to Instagram is not major but brings two pretty useful features. The first is a “finally” feature which means it has been requested for some time now and gives users the ability to delete individual posts in a carousel type of post without having to delete the entire thing when you notice something’s wrong with one of the pics or videos. The other feature is “rage shake” which lets you report a problem with Instagram by shaking it, which is sometimes an automatic reflex when something goes wrong.

Instagram chief Adam Mosseri shares the two new features that will be available on the platform. Carousel posts seem to be the most popular post formats on the platform now as users are able to express themselves more with multiple photos and videos but in just one post. But sometimes, you will get a mistake in one of the posts or you realize you shouldn’t have included that particular picture. Instead of deleting the entire post, users will now be able to choose which post in the carousel can be deleted.

Did you know about these 💎s? Any other features you’d like me to cover? Let me know 👇 pic.twitter.com/Yx0q4UGFfb

All you have to do is tap the three-dot menu on the top of the post, choose edit, and then tap the small trash icon in the top left of the image or video. This new feature is simple enough but is pretty useful for those who constantly post carousels whether for work or for personal reasons. Having to delete entire carousels and repost them once corrected or when you’ve removed what you didn’t want to include was a huge hassle. So now you can just get rid of specific, individual posts.

The other new feature is “rage shake” which mimics our automatic reaction when the app or device we’re using is not working as it should. If you’re encountering technical problems on Instagram, you have to shake it while the app is still active. It will bring up a report feature so you can tell Instagram what’s the glitch that you encountered. But of course if you’re already in a rage, maybe you should take a break. But at least you reported it to them, right?