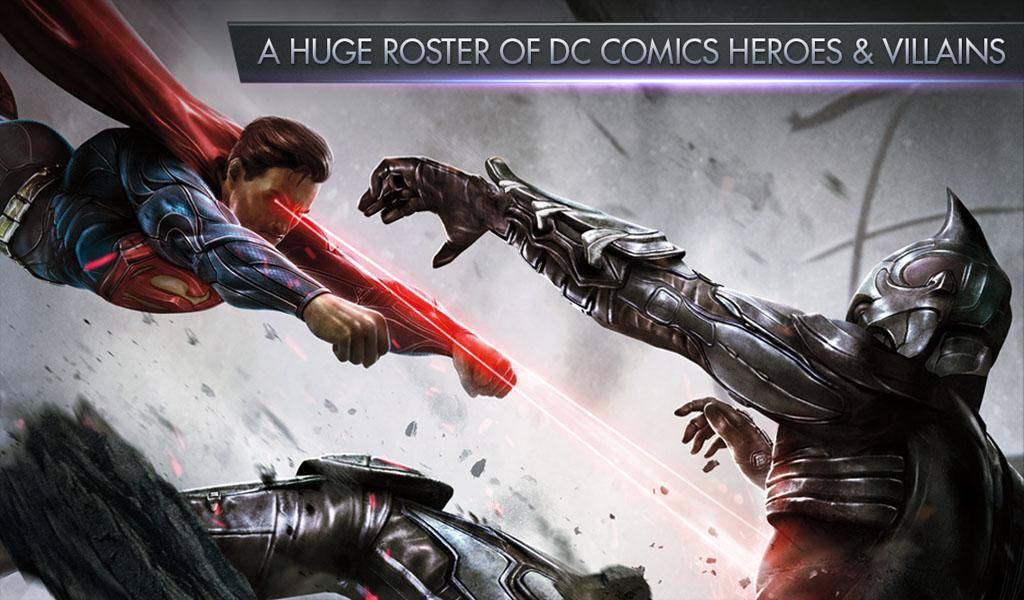 DC Comics’ popular game Injustice: Gods Among Us is finally on Android, but it might disappoint fans of the game and those who were looking forward to something close to the original. This mobile version is, instead, primarily a trading card game (TCG) with a few elements of a tap and swipe fighting game in between.

Injustice: Gods Among Us is set in an alternate reality where Superman has finally had it being Mr. Nice Guy and snapped, proclaiming himself to be a benevolent dictator that will bring about peace and order, and death to anyone who says otherwise. Naturally, this does not sit well with some of the heroes, while others are more inclined to agree with the Kryptonian’s vision of the future. Through one dimension-bending situation after another, heroes from that reality and the original timeline are brought together for one ass-kicking showdown. Or at least that’s how the game goes on consoles and the PC.

The Android port does away with most of the plot and drops you right in the middle of the battle, with nary a say as to your starting roster, which is composed of Green Lantern, Slade, and Sinestro. Your job, dear player, is to collect character cards in order to increase your choices of heroes for the 3-on-3 battles. In the battles, you use taps, swipes, and combinations of those to attack and build up your power levels. You can also hold down the screen with two fingers in order to block, though that seems to be quite unreliable. Gathering up enough power unlocks access to special moves that, as you might have guessed by now, uses taps and/or swipes to pull off. Here’s the official trailer for the Android launch of the game.

The graphics of Injustce: Gods Among Us are, without doubt, quite stunning. But that’s probably the only great thing about the game. Unless, of course, you’re into the card-collecting type of mobile games that currently abound on Android. This TCG-Fighting game is available for free from Google Play Store, but prepare your storage space and Internet connection as the game has a whooping 1.3 GB size.

Download: Injustice: Gods Among Us on Google Play Store https://play.google.com/store/apps/details?id=com.wb.goog.injustice