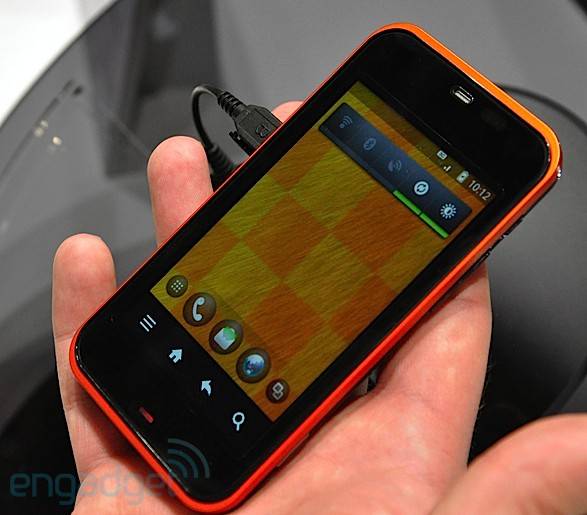 CEATEC is currently in full swing over in Japan, we have seen quite a few new releases in all aspects of technology. One that is generating quite a bit of buzz mainly due to it’s 960 x 640 (retina display without the branding) is the Sharp ISO3.

The phone is running Android 1.1 and according to Engadget, the Sharp UI feels very sluggish and unrefined. However, the screen does look amazing. Offering crisp colors at very high resolutions.

The device is really packing hardware wise. Including a 9.66 megapixel autofocus camera, one-seg TV tuner, and another feature is “Osaifu-Keitai” which allows the phone to be used for contacts payments. Also it is said that the device doesn’t feel high end. It’s full body is covered in “cheap feeling” plastic and it’s weight isn’t what you would expect with a phone of it’s hardware capabilities.

The phone is coming to Japan only, but you may see one elsewhere thanks to it’s Global Passport CDMA. It will launch in 3 colors starting next month.