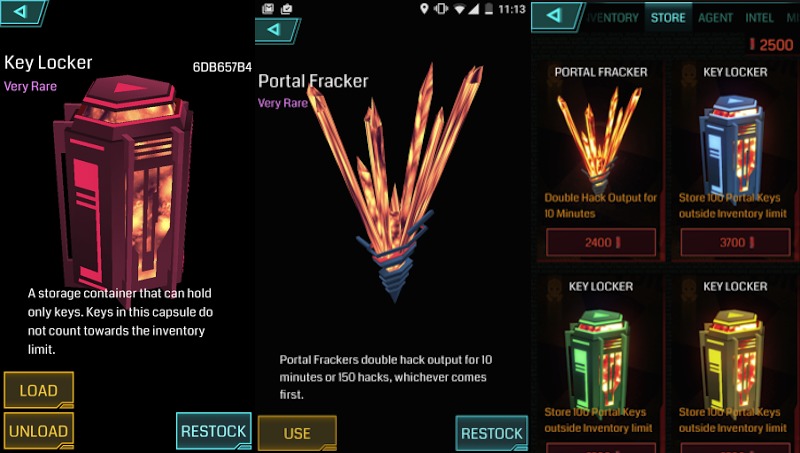 The Ingress Scanner app has just gotten an update from its developer. It now features a ‘Storefront’ that will soon be available to Agent Scanners all over the world. If you’re a die-hand fan of this adventure, know that the three new items have been integrated: Beacons, Frackers, and Key Lockers. Each one has a unique function that seem to have helped stabilize Chaotic Matter.

Chaotic Matter development could start now with these new features. Key Locker can save Portal Keys to prevent affecting the Scanner Inventory limit. It can store a maximum of 100 Portal Keys. The Beacons take advantage of frequency modulation to project holographic imagery temporarily just above a Portal. Any agent can use any Beacon as needed. And as for the Portal Fracker, it doubles Hack Output for a portal within 10 minutes or a maximum of 150 hacks.

You mission is to save the world (at least the augmented reality). Do whatever you want to do–but always at your own risk. You need to choose which people you’re going after. This augmented reality will show you the mysterious energy behind the objects you see. The Enlightened or the Resistance needs to advance so team up with other players and try to capture a new territory.

You can use different technology to acquire more objects. It’s up to you how and where you will tap sources of energy you need to help you transform your world. You’re called to save the planet and you need the support of the people to bring yourself to victory.