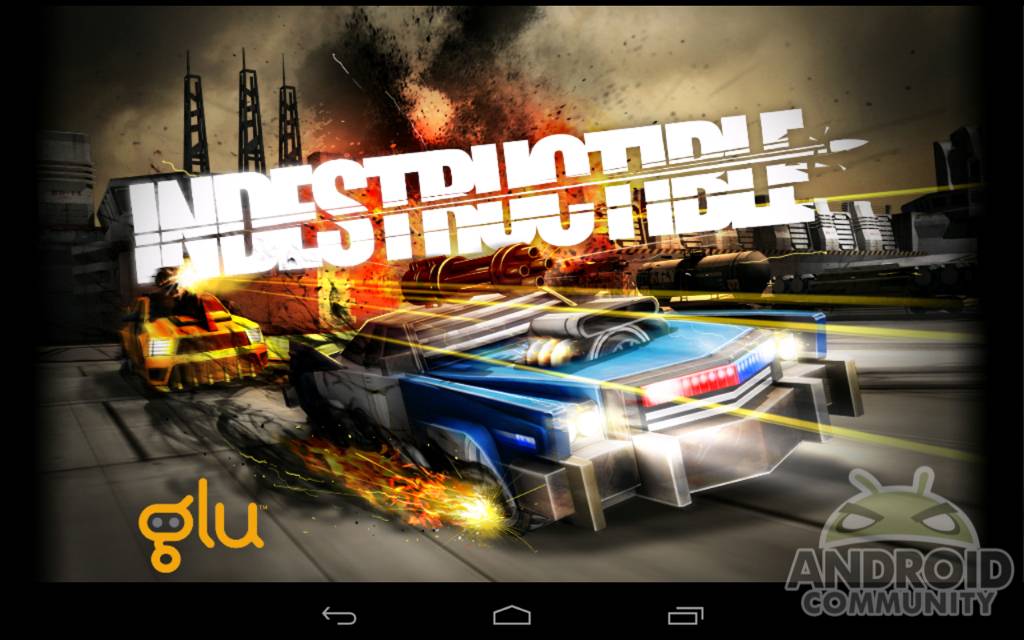 If you’re a fan of the Twisted Metal series on the PlayStation (and who isn’t?), you might find Glu Mobile‘s latest Android game to be a delight. It’s called Indestructible and it features vehicles with big guns attached to them. What more could you want? You just might want to grab this new game if you’re yearning for some Twisted Metal-like gaming on your Android device.

In the game, there’s absolutely zero racing involved; there’s only vehicles with weapons that go around shooting at other vehicles with weapons. You can play against three other people in real-time multiplayer mode and choose from several different game types, such as capture the flag, death match, and recover the charge.

On top of Glu Mobile claims to be “stunning high-quality graphics” and an “advanced physics engine”, Indestructible comes with three arenas to battle in, and they’re all set in a post-apocalyptic world. It’s the perfect game with just the right amount of nonsense mixed in with the perfect amount of fun (then again, you can never have too much fun).

As usual with other Glu Mobile games, Indestructible is a completely free game, but users can buy in-game items using real money to give them a competitive edge against their opponents. However, be warned that taking the entirely-free route is difficult and it takes forever to get anywhere in the game. There’s also in-game ads, so don’t be surprised if you’re about shoot one of your opponents and a Galaxy S III ad pops up. However, if you’re looking for a miniature version of Twisted Medal that fits in your pocket, look no further than Indestructibles.

Indestructibles is available now in the Google Play store.