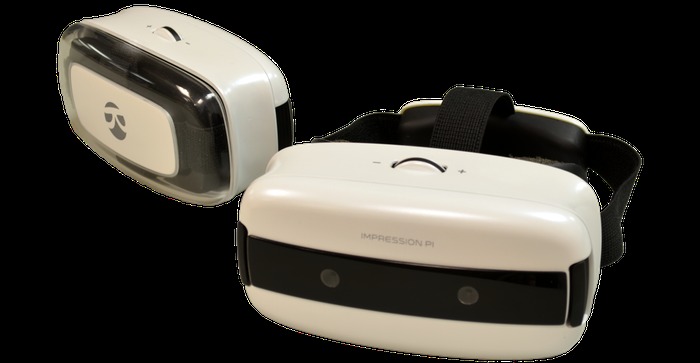 It was bound to happen. With the boom on VR-slash-AR (virtual/augmented reality) headsets still going on, somebody was bound to think, “Well, let’s make one that looks good on you.” This is the Impression PI project, up on Kickstarter and has taken in more than twice its funding target already. The project has made sure it’s less bulky than other VR headsets out there, so it has that going for them. Let’s take a look.

The Impression PI has some interesting features. The headset is wireless and has 3D gesture control, position tracking, and combines VR and AR neatly into one device. As per usual, your smartphone slips into the front of the headset and functions as the device’s main screen. With this, the Impression PI has adjustable focal distance, a nice and compact foldable design – sure to be a draw for consumers. 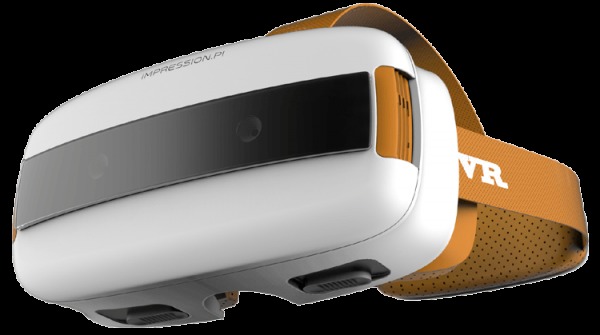 But more than that, it is compatible with both Android and iOS devices. The Impression Pi is also equipped with its own set of cameras, allowing the device to track your hands and position within a room. The hardware that the device pack is way, waaaay smaller, (read: more convenient), and to a point, even adorable.

If you check out the Kickstarter campaign (see source link) this new headset can be had for several contribution levels – though some may be locked out already. Each amount comes with different components – the starter kit for USD$59, a Core kit for USD$199 or more, an Empower kit for USD$249 or more, and the master kit for USD$359 or more. The makers are promising to ship by November 2015.