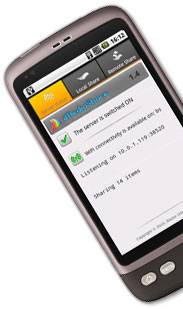 Bianor has announced that it has updated its iMediaShare Android app to a new version. The update brings the app to version 3.0 and adds in some cool new features. If you aren’t familiar with the app, it allows users to use their Android device as a media remote and stream video content from it to their TV.

The app doesn’t need other hardware or cables and will work all sorts of systems including Blu-ray players, PS3s, and Xbox consoles. The latest version of the app adds access to new streaming channels.

The new channels include TEDTalks and NASA TV and the company says more new channels will be coming in the future. If you want to know more about how the system works, check out the video below.