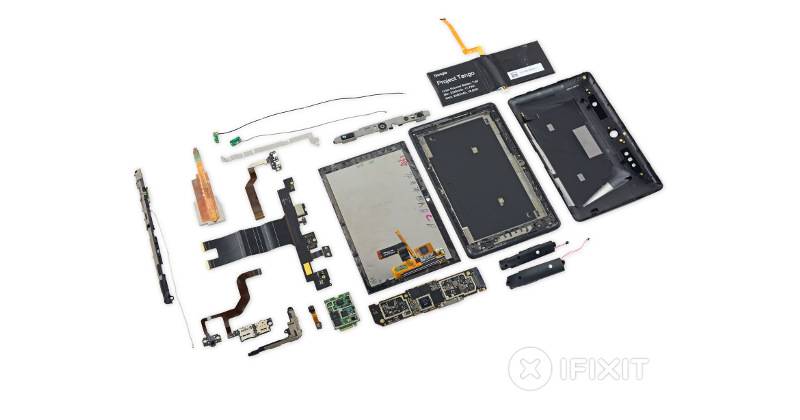 Ever wondered what was inside Google‘s highly experimental contraption, the Project Tango Tablet? Now you can satisfy your curiosity with this iFixit teardrown treatment. However, unlike most teardowns, the OEM, in this case Google, is giving a hand in revealing some interesting bits and pieces behind, or rather inside, the device.

The Project Tango Tablet is built for power, with specs that would make any tablet owner dream of better days. It has a 7-inch 1920×1200 screen, powered by one of the most powerful SoC’s in the market, the NVIDIA Tegra K1. It also has one of the highest memory configuration, with 4 GB of RAM and 128 GB of internal storage that can still be augmented by a microSD card slot. Google claims that it wants to deliver power to developers so as not to hamper their ambitions with substandard hardware. And to really emphasize on power, Google has thrown in a 7.6-volt dual-cell battery that gives off 18 Wh of power. In comparison, the latest Nexus 7 only has a 15 Wh battery. All that power, of course, generates a considerable amount of heat. So, unlike most tablets, this one has sports a hefty heat pipe running along the the motherboard. 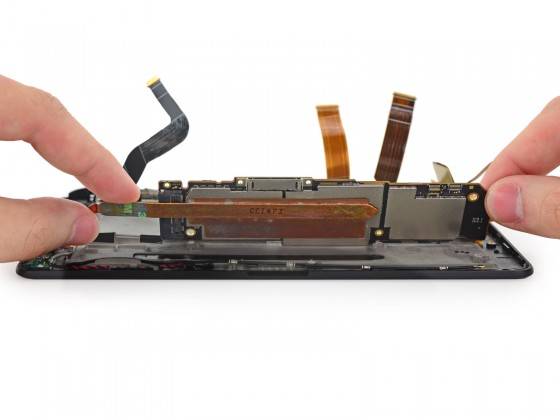 But all that power is there only in the service of Tango’s primary purpose of mapping the world in full 3D. And for that, Google has bestowed more than the usual assortment of cameras and sensors on the tablet. Unlike Amazon’s fancier Dynamic Perspective Fire Phone, the Tango tablet only has one on the front that boasts a field of view of 120 degrees. On the back, there is a 4 megapixel RGB-IR camera, a 170-degree motion tracking camera, and an IR projector, with the cameras held in place with some rather strong glue. Google notes that to give the cameras an unobstructed view of the world, it designed the back cover to somewhat “force” users’ hands to hold the tablet in a certain position, avoiding the risk of blocking the cameras. 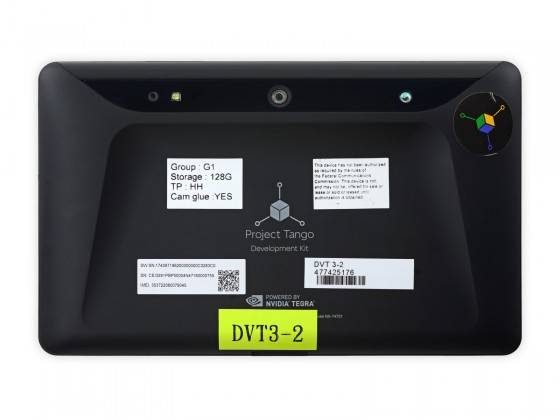 Now we get to iFixit’s repariability index and the Project Tango Tablet scores a rather low 4 mark. That, however, is neither unexpected nor tragic. Though more available than the Project Tango phone, this is still a developer device that isn’t meant for public consumption so repairability isn’t exactly a financial or practical issue. And with a pricte tag of $1,000, this is definitely not a tablet you’d be keen on buying, even if the specs are to die for.