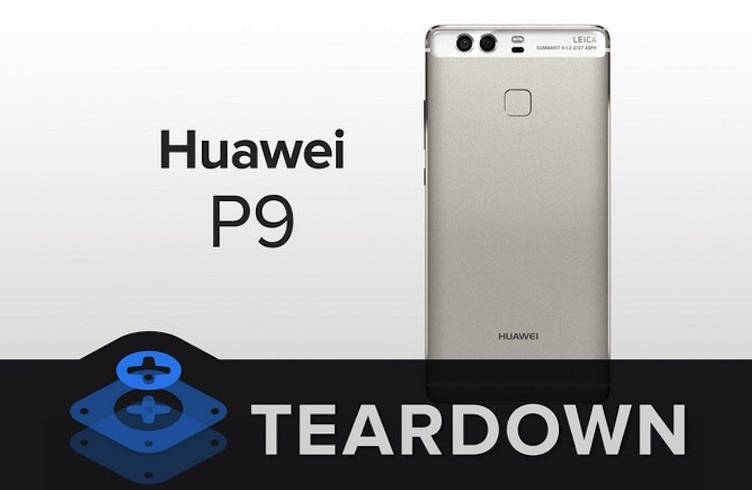 One of the most recent premium flagship smartphones released in the market today is the Huawei P9. It impressed us especially because of the Leica dual-lens camera system. After weeks of official launch, the smartphone has just been scrutinized and pried open for all the mobile industry to see. It’s important that we see what’s inside and thanks to the iFixit guys for doing a teardown of the new Huawei phone. To review, specs of the phone include a 5.2-inch IPS-NEO LCD, 1080 x 1920 pixel resolution, 423 ppi, Huawei Kirin 955 Octa-core chipset, Mali-T880 MP4 GPU, dual 12MP camera (with f/2.2, 27 mm, Leica optics, and dual-LED flash), 8MP selfie cam, 32/64GB built-in storage, expandable via MicroSD slot, and a fingerprint sensor at the back.

The Android 6.0 Marshmallow-powered phone arguably looks like an iPhone sans the obvious camera bump at the back. The device is slim and comes with smoother edges that cover the antenna bands. To open the phone, iFixit used an iSclack. It’s more known to be an iPhone opening tool but it works with most gadgets. Inside, you will see an accordion-like cable that allows the rear panel to be separated from the other components of the phone.

It’s not really difficult to tear down the phone but there are numerous screws and brackets. A little heat is needed to get deeper because some parts stick very well to other areas. Once the battery is disconnected, inside you will see the 8MP selfie shooter with ƒ/2.4. You will notice that the dual-rear-facing camera is placed on a ribbon cable. Note that this cam setup comes with a 12MP monochrome sensor and a 12MP RGB sensor. Compared to the camera of the iPhone 6S, the dual-cam here is shorter. 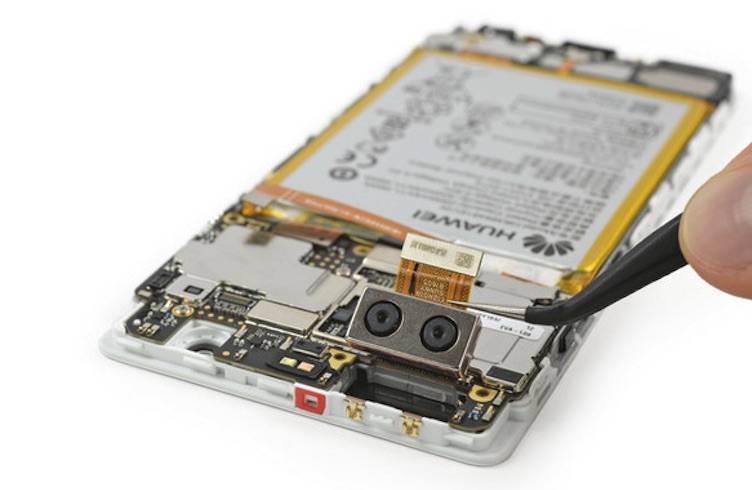 The Huawei P9 is a bit modular in design if we are to look further. Some components are modular that can be easily removed or replaced. Somewhere near is the new USB-C daughterboard. When you pop out the display, you will see some spring contacts, a loudspeaker, and a foam that is used to probably keep the water from getting inside. Remove or pull out some tabs and you will see the battery.

According to iFixit, the Huawei P9 scored 7 out of 10 when it comes to repairability. It’s possible with the minimal adhesive, thoughtful cabling, and spring contacts that offer the modular design and components.