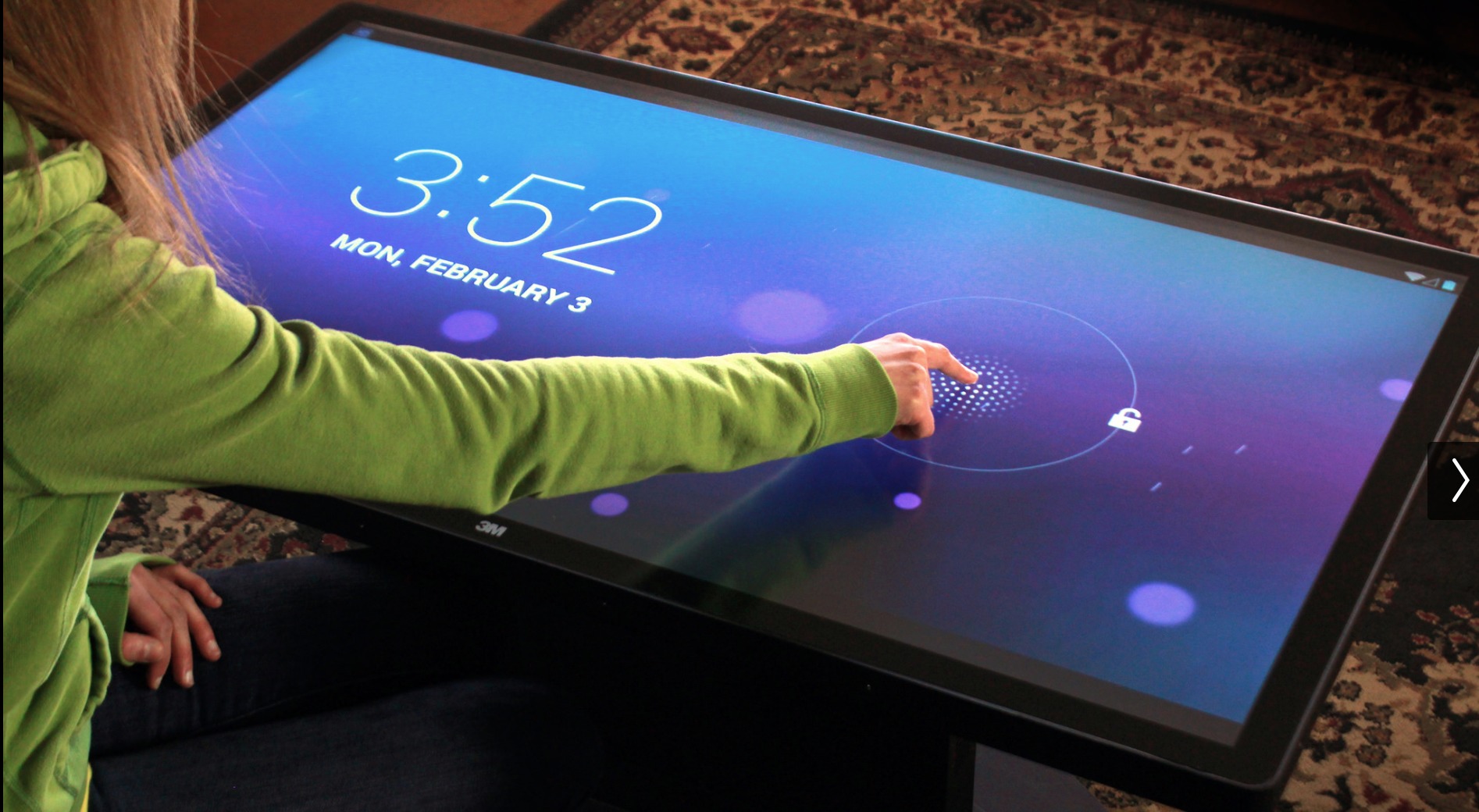 Ideum and 3M have announced a new Android device, but it’s not your standard fare. By bringing Android to furniture, the duo hope their Android powered coffee table will become something we’ll make part of our lives. Offered in two sizes, the device is just as it sounds, and a pretty neat addition to the growing list of Android devices.

The Platform 46 is — you guessed it — a 46-inch screen, sitting horizontally on a podium underneath. It brings Android 4.1 with Intel x86, and is available for purchase later this year. Between Ideum’s background developing large displays and 3M’s work with large capacitive touch screens, this is a device we’d like to see in front of our couch for sure. They haven’t yet discussed the smaller 32-inch device, but we’re betting it’s the same hardware, just a bit smaller.

The Platform 46 also looks to be pretty sturdy, as the 1080p LCD screen has a “chemically strengthened” glass surface, and has an IP54 waterproof rating. Go ahead, spill your coffee — they’re daring you to. The podium it sits on is high grade aluminum, too, so you won’t have to be too delicate.

Promising the display will be unaffected by ambient light, this is a really unique concept for us. Ideum and 3M note that it will have “the same Android apps available for tablets and smartphones” , so you’ll have access to all your favorites. Aside from things like Google Maps, there are other apps that could benefit from the design. Clash of Clans would look like a Game of Thrones war table, and Fruit Ninja? Well, let’s just say we’re glad it’s waterproof, because drinks will be spilled playing that one.