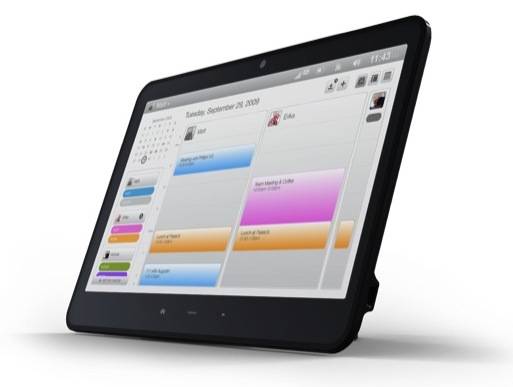 Apparently T-Mobile UK doesn’t want Verizon to have all the fun with the announcement of the ICD Ultra with 4G service. T-Mobile UK, together with tablet manufacturer ICD, have announced the carrier’s “portable family hub tablet”, which is the new ICD Vega.

This new Vega slate from ICD uses NVIDIA’s Tegra 250 chipset with a customized build of Android 2.0 focused on family use. That way it will be able to share calendars, internet access and SMS/MMS messaging support, with a T-Mobile SIM preinstalled for wireless connectivity.

The ICD Vega comes with on-demand TV and Full 1080p HD video playback support (don’t ask me how, since the Vega’s 15-inch display runs at 1366 x 768, not 1080p resolution, but we’ll keep looking on this), and a FM radio. It also has WiFi support and a browser for you to access some of the social networking sites like Facebook. Availability and Price will be announced when the retail launch is closer.

Consumer Electronics Show (CES), Las Vegas, January 7, 2010 – Innovative Converged Devices (ICD) and T-Mobile UK today unveiled a new portable family hub tablet which will be available in the UK later this year. Visitors to CES were given a sneak preview of the first Android-based tablet with multiple mobile connections which will be featured in a new T-Mobile family offering.

Exclusive to T-Mobile in the UK, the centrepiece of the family hub is ICD’s new Vega, a 15” touchscreen device designed primarily to sit in the kitchen. The tablet offers one-touch access to a household calendar so families can organise their busy schedules in one place that everyone can always reach. It can be accessed by the whole family, wherever they are, via the web on a mobile, work computer, home PC or other devices with an Internet connection. The calendar automatically sends SMS text reminders to the family’s mobiles, putting an end to scraps of paper and nagging phone calls. And because it comes with a T-Mobile SIM on-board, it’s easy to make a quick hands-free call at the touch of a button. The family hub is a full-featured wireless tablet with Wi-Fi web browsing, on-demand TV, access to social networks, video chat and games, as well as an FM radio for the complete kitchen set-up.

The concept is in the final stages of development by T-Mobile UK and ICD and was created following extensive customer research and close collaboration over the past 18 months. The team wanted the most responsive experience available so the ICD Vega tablet is powered by an NVIDIA Tegra 250 mobile web processor to provide uncompromised Internet browsing and full HD 1080p video playback even while the tablet is undocked from its base.

Richard Warmsley, Head of New Proposition Development, T-Mobile said: “We spoke to over 1,000 families who told us they often found it a hassle to organise a busy family life without nagging or forgotten appointments. They said that something simple and affordable to help with this would be invaluable. We took this as a challenge to do something new with technology that would be relevant to a wide range of customers, not just gadget lovers. We’re developing a fantastic package to meet exactly these needs – by creating a family communication network – using ICD’s exciting new Internet and entertainment tablet, with T-Mobile’s award-winning network at its heart. We look forward to bringing it to market later this year.”

“Bringing a high-end, well designed and engineered device to shelves at a mass market price has always been a Holy Grail for the consumer tech industry,” said David Hayes, CEO of ICD. “The close collaboration between T-Mobile UK, ICD and NVIDIA has allowed us to work quickly to integrate insights from consumer research directly into a compelling product with supporting services, solutions and content.”