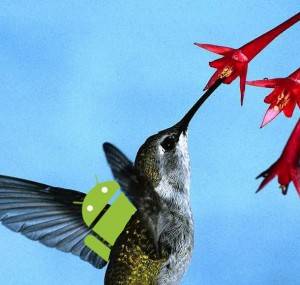 Well, this came as a complete surprise to me. The Galaxy S will be the strongest handset as far as graphics and gaming goes when it is released (unless something stronger is in the making). Once you pair this outstanding GPU with its beautiful SUPER AMOLED display and powerful processor, you will have a handset that truly rivals today’s mobile gaming platforms.

For some odd reason Samsung did not discuss this in their official press release for the device. You would think that this would be one of the top features highlighted in the device specs. I personally have no idea what million triangles/sec means but once I seen the comparison above, it’s pretty clear to me that it means something cool. Androidguys dug up the following definition on Wikipedia.

A polygon in a computer graphics (image generation) system is a two-dimensional shape that is modelled and stored within its database. A polygon can be coloured, shaded and textured, and its position in the database is defined by the co-ordinates of its vertices (corners).
Naming conventions differ from those of mathematicians:
* A simple polygon does not cross itself.
* a concave polygon is a simple polygon having at least one interior angle greater than 180°.
* A complex polygon does cross itself.
Use of Polygons in Real-time imagery. The imaging system calls up the structure of polygons needed for the scene to be created from the database. This is transferred to active memory and finally, to the display system (screen, TV monitors etc) so that the scene can be viewed. During this process, the imaging system renders polygons in correct perspective ready for transmission of the processed data to the display system. Although polygons are two dimensional, through the system computer they are placed in a visual scene in the correct three-dimensional orientation so that as the viewing point moves through the scene, it is perceived in 3D.
Morphing. To avoid artificial effects at polygon boundaries where the planes of contiguous polygons are at different angle, so called “Morphing Algorithms” are used. These blend, soften or smooth the polygon edges so that the scene looks less artificial and more like the real world.
Meshed Polygons. The number of meshed polygons (”meshed” is like a fish net) can be up to twice that of free-standing unmeshed polygons, particularly if the polygons are contiguous. If a square mesh has n + 1 points (vertices) per side, there are n squared squares in the mesh, or 2n squared triangles since there are two triangles in a square. There are (n+1) 2/2n2 vertices per triangle. Where n is large, this approaches one half. Or, each vertex inside the square mesh connects four edges (lines).
Polygon Count. Since a polygon can have many sides and need many points to define it, in order to compare one imaging system with another, “polygon count” is generally taken as a triangle. When analysing the characteristics of a particular imaging system, the exact definition of polygon count should be obtained as it applies to that system as there is some flexibility in processing which causes comparisons to become non-trivial. Vertex Count. Although using this metric appears to be closer to reality it still must be taken with some salt. Since each vertex can be augmented with other attributes (such as color or normal) the amount of processing involved cannot be trivially inferred. Furthermore, the applied vertex transform is to be accounted, as well topology information specific to the system being evaluated as post-transform caching can introduce consistent variations in the expected results.
Point in polygon test. In computer graphics and computational geometry, it is often necessary to determine whether a given point P = (x0,y0) lies inside a simple polygon given by a sequence of line segments. It is known as the Point in polygon test.

Looks like the Galaxy S has more up its sleeves then we thought.