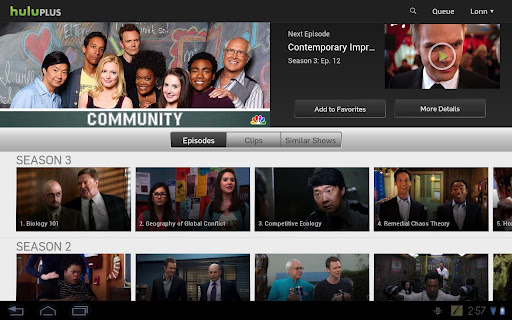 If Netflix isn’t cutting it for you and are instead resorting to other popular streaming apps like Hulu Plus, HBO GO, and Max GO, you might be happy to know that some small updates have come to all three. They aren’t significant, but they may play a small role in improving your mobile movie and TV show watching sessions.

For one, all three apps have been updated to include closed captioning. This is great for when you forgot your earbuds at home and aren’t able to crank the volume where you’re at (like on the subway or waiting in line somewhere). Hulu specifically notes that its app supports English and few other language when they’re available, but we’re not sure about the others.

On Hulu’s Android app, you can now share TV episodes on Twitter Facebook, and other services (not the actual episodes, mind you. Just links to Hulu). Sadly though, there’s no 10-second rewind button like the one that showed up in the latest update for iOS recently.

Obviously, to use any of these apps, you’ll have to pay for a subscription first. You’ll need a Hulu Plus account in order to use their app, and HBO and MAX also require a subscription to their TV channel before you can start streaming their stuff on mobile devices. Hulu Plus is actually not a bad deal at all, which only costs $7.99/month, and they’re constantly offering free trials.

The updates are available now in the Google Play store: Hulu Plus | HBO GO | MAX GO