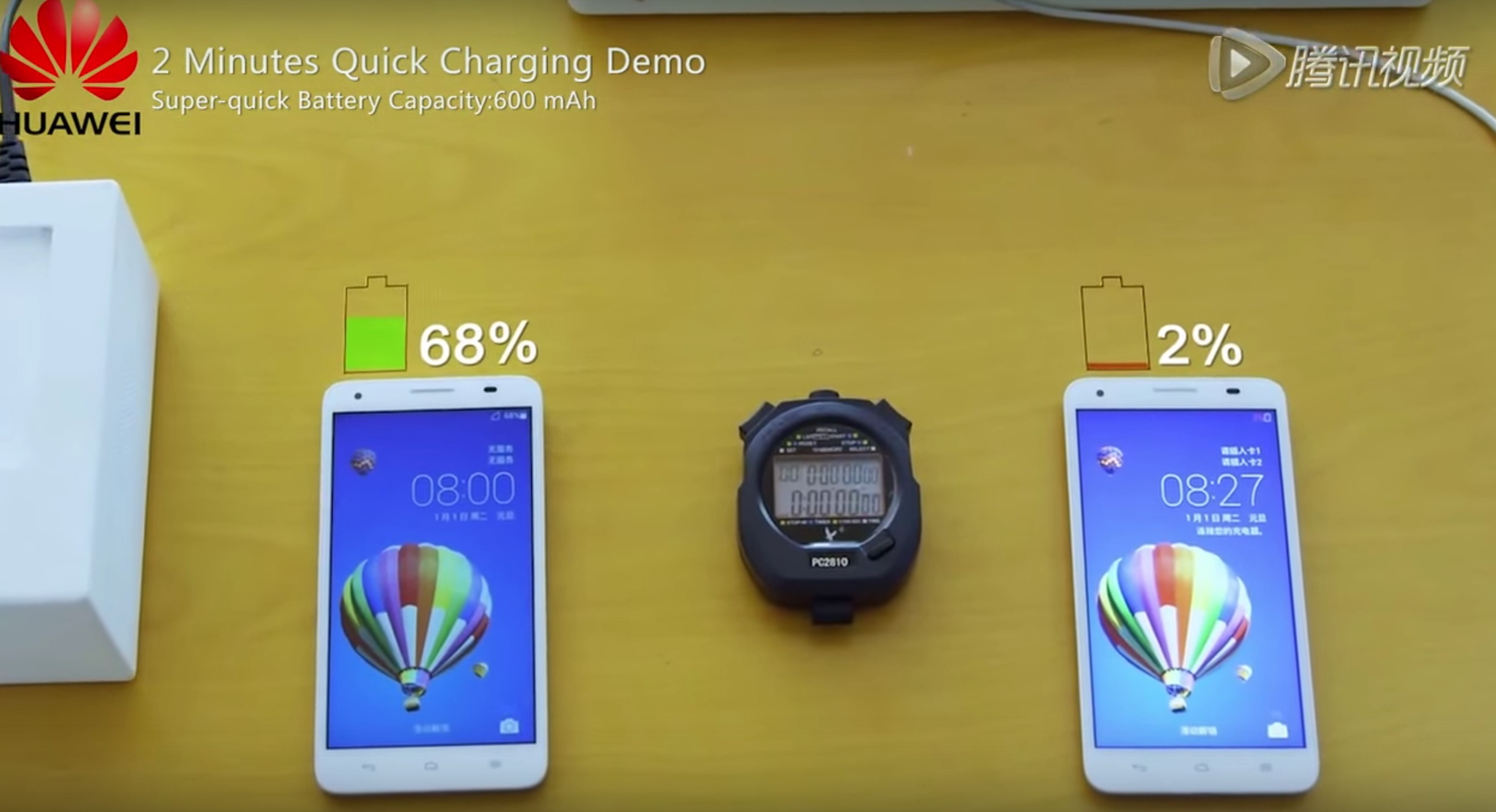 While OEMs still haven’t found a clear cut solution to the fast draining battery problem, some have found other ways to make up for it, either by partnering with power banks or external batteries (or creating it themselves), or coming up with fast charging technology. Chinese brand Huawei has done both, with their own power banks, and now, announcing their quick charging lithium-ion batteries. They say that the batteries are ten times faster than your usual smartphone batteries, and will take just a few minutes to bring decent capacity.

They showed off the batteries’ fast charging ability through two videos at the 56th Battery Symposium in Nagoya, Japan. The first one shows a 600mAh battery that was able to get to 68% in just two minutes. The other video had a 3000 mAh battery achieving 48% capacity in five minutes. This will result in at least 10 hours of calls for your smartphone, provided that you use it prudently of course.

If you want to be technical about it, what they were able to do is to bond heteroatoms to the molecules of graphite in anode. This is actually the catalyst for the capture and transmission of lithium through carbon bonds. This tech actually increases the charging speed but not compromising its energy density or battery life.

Huawei believes that this kind of batteries and the technology behind it will eventually revolutionize the battery life of not just smartphones, but even wearables, mobile power supplies, even electric vehicles. This project was spearheaded by Watt Labs, a division of Huawei, together with their industry partners.