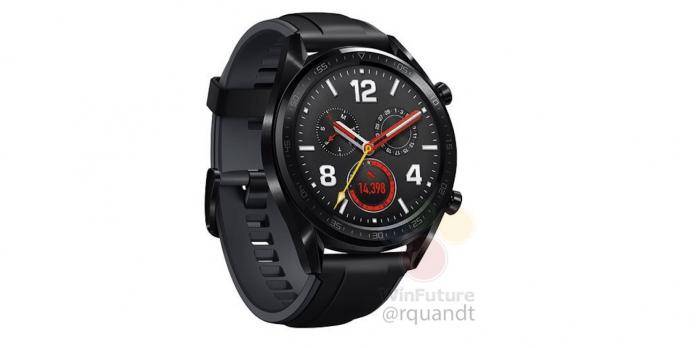 Huawei isn’t as prolific when it comes to wearables but when it releases something new, you can bet it will capture your attention. Next week, we’ll get to see that new Huawei Mate 20 and Mate 20 Pro and maybe that Mate 20 X. There’s also the Huawei Watch GT aka Huawei Fortuna in the works. It could be the Huawei Watch 3 or Huawei Watch 2 2018 we’ve been waiting for since early this year. At this point, we don’t really care about the name. We just like the idea a new wearable is about to be introduced by the top Chinese OEM.

The last time we featured the next-gen Huawei Watch, we said it could run Wear OS but looks like it won’t. There is no Google Wear OS inside but rather, Huawei will be running its own platform.

The new wearable device was recently spotted in high-res image which we think is an official marketing photo. The Huawei Watch GT may arrive in classic or sports variant. Features include a 1.39-inch round OLED screen, 454 x 454 pixel resolution, and 326 PPI.

As described, the Huawei Watch GT is ultra-thin and looks elegant and sporty at the same time with the glass, black ceramic, and stainless steel housing and 22mm bracelets. The watch is waterproof down up to 50meters. The 420mAh battery is decent enough to give an all-day power.

The Huawei Watch GT (Sport or Classic) will be sold for €199.90 in Europe. That’s about $229 in the United States although there’s no information if the smartwatch will ever be sold stateside.