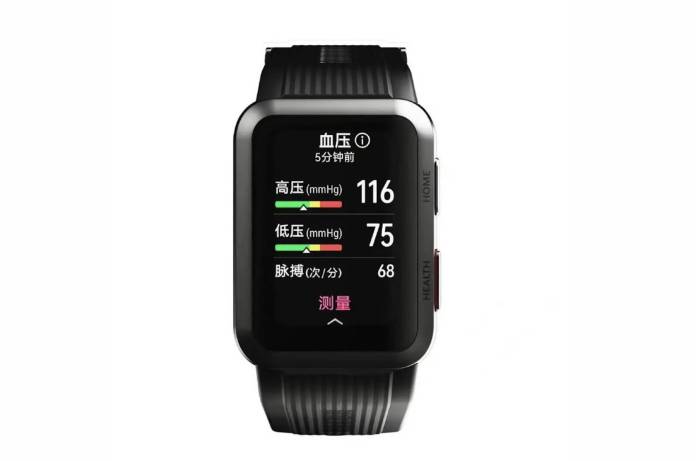 A lot of the high-end smartwatches and wearables now have health and fitness-related tracking capabilities and we can expect future devices to have more advanced features. It is rumored that a new Huawei device called Watch D will be launching next month and it will have a pretty accurate blood pressure monitor. Of course, it is still advisable to use actual medical devices but the fact that you can have a feature like that on your smartwatch may help those that don’t have an actual blood pressure monitoring device.

A leakster posted on Weibo that the device which will supposedly be named Huawei Watch D. Its main selling point is that it will be able to monitor the user’s blood pressure which a lot of people who are tracking their body’s numbers will find useful. It is currently in the final stages of testing and so far, according to someone who has actually used the device, it has a relatively good accuracy rate. Medical professionals will probably still advise you to use actual blood monitoring devices, but this can be a good tool for everyday use.

It may also have a pretty different design compared to previous Huawei smartwatches. Usually, the devices from the Chinese OEM have circular watchfaces with two buttons or a rectangular touch screen with one button on the right-hand side. Based on the leaked photo, it is still a rectangular-shaped wearable but there seem to be two buttons on the right-hand side as well. One button is labeled “Home” while the other is labeled “Health”.

Sparrow News says that the tipster notes that it has already obtained the State Drug Administration Class II medical device registration certificate. But of course, Huawei would still need to get the required FDA approvals in countries where they plan to release the device. That’s the one that takes a little while longer like with smartwatches that have ECG monitoring. The features only become available once they pass FDA or equivalent approvals.

The Huawei Watch D will reportedly be officially announced by the end of December. Shipping will most likely start early next year, which should boost Huawei’s numbers for the first quarter.