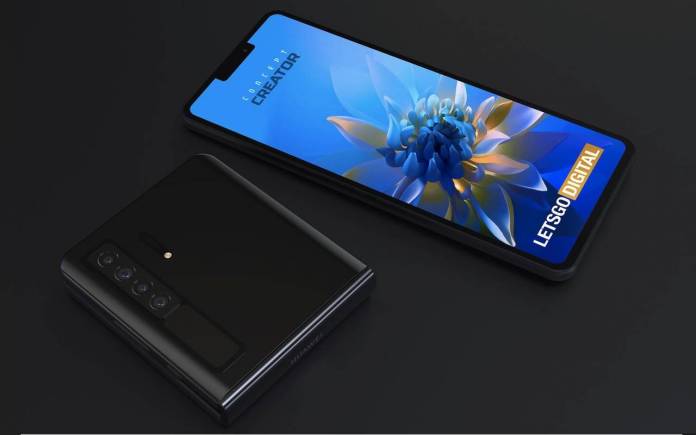 The foldable phone game is just starting. There is Samsung at the forefront but other OEMs also want to follow. We have seen some brands introduce their own foldable smartphones like Motorola, Huawei, and Xiaomi. Huawei has released the Mate X series and despite the challenges, it is determined to release new models. A Huawei Mate X rollable phone design patent was once sighted. This was after the Huawei Mate X2 failed to receive traction.

Huawei is said to be working on a Mate V clamshell. It could be a rival to the Samsung Galaxy Z Flip series if we are talking about the form factor. Nothing is final yet but here is a render based on some patent filings.

Huawei already has the M-Pencil (M-Pen) for its tablets. We won’t be surprised if a related technology is introduced for other Huawei mobile devices. It may even be better because the current Samsung Galaxy Z Flip 3 doesn’t offer S-Pen support. Only the Galaxy Z Fold 3 comes with stylus support. Maybe next year, the next-gen Galaxy Z Flip 4 will be compatible with an S-Pen.

Huawei comes up with some of the best and most advanced mobile devices in the world. The premium phones especially always come up on top of the rankings until it could no longer use Android. Let’s see how it will fare in the foldable device category.