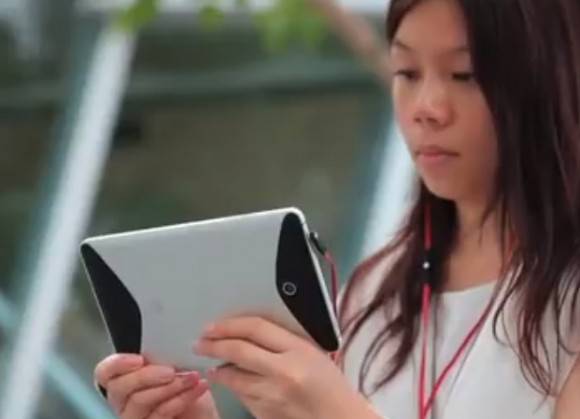 Huawei may not be known for the most exciting devices. What their device,such as their IDEOS S7 Slim, have been known for is making otherwise expensive tablets and phones a bit more affordable (the S7 Slim is a sub-$300 tablet). Huawei’s next tablet, the MediaPad, is a dual-core honeycomb device. Our first look at that tablet comes via a sneak peak video Huawei ever so kindly posted for us on youtube today.

The slightly silly, if not awkward video, as seen below features Huawei’s “smartest, smallest, and lightest tablet ever.” Although the video give us some decent views of the back of the tablet, it leaves us a bit longing for the specs that constitute these hyperbolic claims. So far we only know that the tablet will be running a dual core, presumably Tegra 2 or the new Snapdragon chip, and it will be running Honeycomb, though we don’t know if it will be 3.0 or 3.1.

As its original title indicated it was an upgrade from the S7 Slim, many are assuming it will feature the same basic features of that device. These include 3G, WiFi, Bluetooth, and a front and rear camera. Obviously Huawei is rather proud of this one, but we’ll have to see if Huawei can keep the price down below its competitors with the promised upgrades.