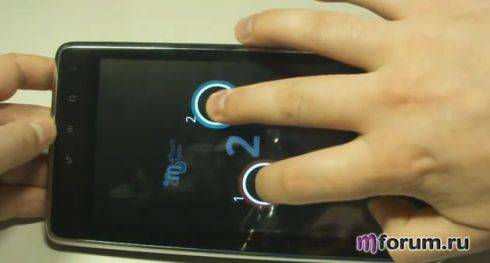 The Huawei S7 is an Android tablet that is pretty impressive specs wise, boasting a Qualcomm Snapdragon processor and is fully connected with 3G and WiFi. However, it uses a resistive display which is better suited for use with a stylus vs using your finger. It now seems as if Huawei is preparing to launch a new S7, this time with a capacitive touch panel.

A few new videos have popped up that show the new model preforming multitouch gestures. The videos include a promotional and a hands-on video with the new tablet that are showing off the multitouch of the device. Although the multitouch doesn’t look fully implemented, or even ready for release, this confirms that they are at least working on a capacitive touch version of the S7.

No word yet on an expected date of availability or price, but we can assume it will launch sometime next year with a cost a bit higher than the current generation S7.