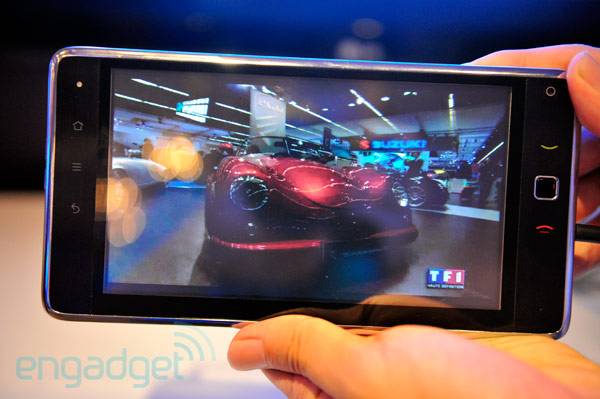 Another day, another tablet, this time around we are treated to the S7 by Huawei. This is another tablet Engadget got a preview of at the years Computex. The S7 was shown boasting a 1GHz MSM8250 Snapdragon processor and Android 2.1.

This is a 7 inch MID that features android 2.1, a 1GHZ Snapdragon, a 3.5mm jack and a microSD slot. There are also internal speakers, volume rocker and a kickstand on the back. No other technical specifications are known.

The touch screen is capacitive and is said to be very responsive. There is currently no release date or price set for this tablet. Most of us are ready to start seeing some of these tablets hit the market instead of demo model after demo model. Hopefully after the Dell Streak is released next month, the Android tablet flood gates will be opened.